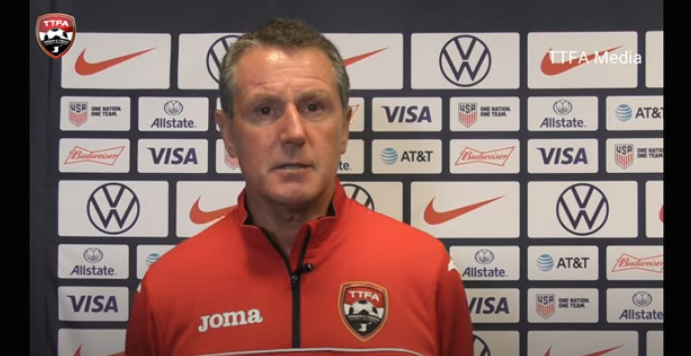 Trinidad and Tobago’s head coach, Terry Fenwick says he is disappointed by the score in last night’s 7-0 defeat to the United States in Orlando, Florida.

In his first international match as head coach, Fenwick gambled with five debutants in his starting team with Canada-based Valour FC’s Federico Pena, Sean Bonval, Atlanta United’s Ajani Fortune, Jabari Mitchell and Leland Archer all running out for the first time while captain Josiah Trimmingham made his second appearance and Jamal Jack getting cap number three. The second half also saw first time appearances for defender Noah Powder and Michel Poon Angeron while Justin Garcia got his second cap.

The U.S. wasted no time getting on the scoresheet, with Lewis and Ferreira both finding the net inside of 10 minutes to give the hosts an early 2-0 lead.

Fenwick, who admitted to only seeing video footage of some of the debutants, said the occasion, he believed, proved too much for some of the players.