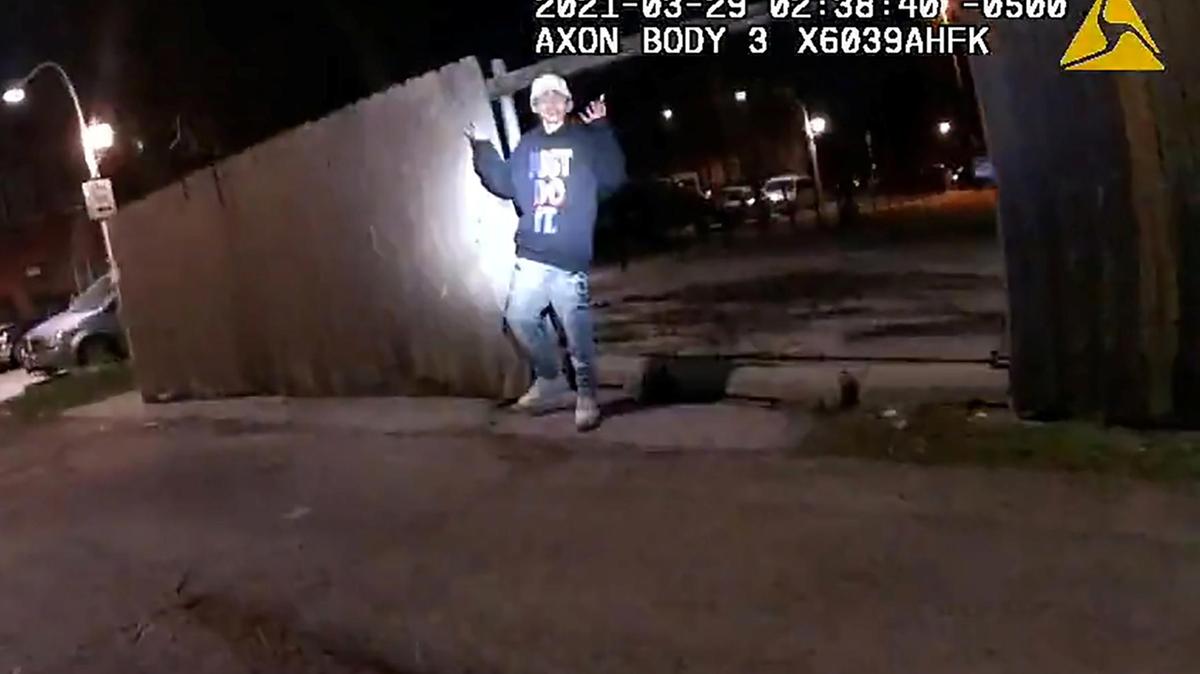 Chicago officials in the U.S. on Thursday released to the public, graphic body-camera video footage showing a policeman shooting and killing a 13-year-old boy in an alley while he appeared to have his hands raised.

The nine-minute video began by showing an unidentified police officer getting out of his squad car and running after Adam Toledo in an alley at 2.30am on March 29 in Little Village, a neighbourhood on the city’s West Side.

The body-camera video from the officer then shows him yelling “stop” at Toledo before he catches up to him and orders him to show him his hands. Toledo appears to raise his hands right before the officer fired one shot and then immediately ran to the boy as he fell to the ground.

“Shots fired, shots fired. Get an ambulance over here now,” the policeman is heard saying in the video.

“Stay with me, stay with me” the officer said. “Somebody bring the medical kit now!”

The Chicago Police Department said immediately following the incident that Toledo had a gun in his hand. It is unclear in the video whether he did at the time of the shooting.

About five minutes and 30 seconds into the video, the officer shines a flashlight on a handgun feet from where officers worked frantically to save Toledo’s life, giving him CPR.

Officers were chasing Toledo and a man after they received notification of shots fired in the area, the department said.

“There were a number of forces that met up at 2.30 in the morning on March 29 in an alley, and, simply put, we failed Adam,” Chicago Mayor Lori Lightfoot said during a news conference before the video was release.

The city’s Civilian Office of Police Accountability also released some 33 data files, including other police body camera videos, footage from nearby security cameras and documents related to the incident.

The incident, along with Sunday’s fatal police shooting of Daunte Wright in a Minneapolis suburb and the murder trial of former Minneapolis police officer Derek Chauvin in the May 2020 death of George Floyd, has raised tension in Chicago.

“Chicago, as well as way too many parts of our country, has a long legacy of police violence and police misconduct that have left far too many residents, especially those who are black and brown, in a constant state of fear and pain,” Ms Lightfoot said.

City officials urged people to remain calm as they prepared for civil unrest following the release of the video footage. They said more police officers and city equipment would be in place to protect businesses during any unrest. Like some other American cities, Chicago experienced riots and looting after Floyd’s death, which was also caught on video.

Toledo’s family said in a statement released to local media that they appreciated the support they had received from the community and were grateful that protests in Chicago over the last few days remained peaceful.

“We pray that for the sake of our city, people remain peaceful to honour Adam’s memory and work constructively to promote reform,” the family said.