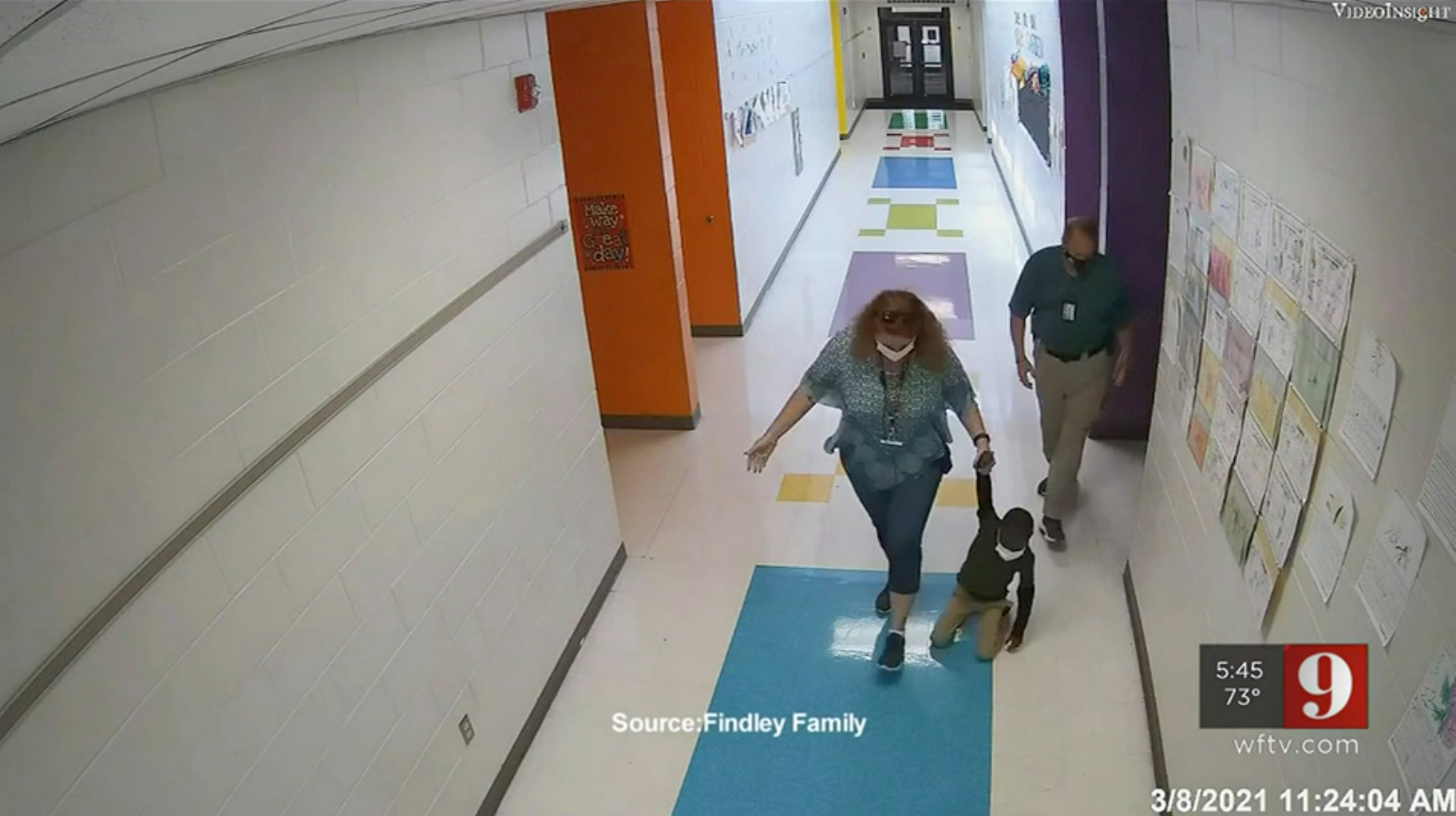 School leaders at a Lake County school guardian boasted about doing a “Superman Carry” on a 6-year-old kindergarten student.

One employee involved was a dean and the other a school guardian. Both have resigned in lieu of termination.

The young boy’s parents now want to know why no local law enforcement agency is looking into making it a criminal case.

Video clips show the dean pulling the boy by the wrist, dragging him up a staircase and then down a hallway at Eustis Heights Elementary School. The school guardian is seen grabbing him by his belt loop, WFTV News reported.

His parents say the incident was horrifying to watch.

“It breaks my heart because as a dad I want to protect him (sighs) and to know that I couldn’t, that hurts,” Kevin Findley said.

Apparently, the six-year-old says it didn’t stop there. He told his parents that he was “slammed in the chair and said one of the guardians had squeezed his neck,” Marian C. Findley told Channel 9 investigative reporter Daralene Jones. However, no video shows this taking place.

His parents had previously received calls saying their son was being defiant, but they say they have no issues with him at home.

“We don’t have defiant issues at home with our son. We did meetings over there at the school just to kind of see what’s going on,” Kevin said.

The parents also learned this wasn’t the first time something like this has happened to their son.

“It happened more than one time, let me just be clear. The video they gave us, just four accounts,” Marian said.

The principal is aware of the situation and has concerns about how the school employees handled the situation.

A spokesman for the school district released a statement on the issue: “We take student safety very seriously. When the principal was made aware of the allegations she looked into the situation and notified parents the next day, called DCF as we required to do, and notified our Employee Relations Department. Employee Relations conducted an investigation and recommended termination. Both employees resigned in lieu of termination. Employee Relations reported both individuals to the Florida Department of Education. An additional allegation was made against a separate employee. An investigation into that employee’s alleged involvement is ongoing.”

Since the parents reported the incident directly the DCF has reopened the case.