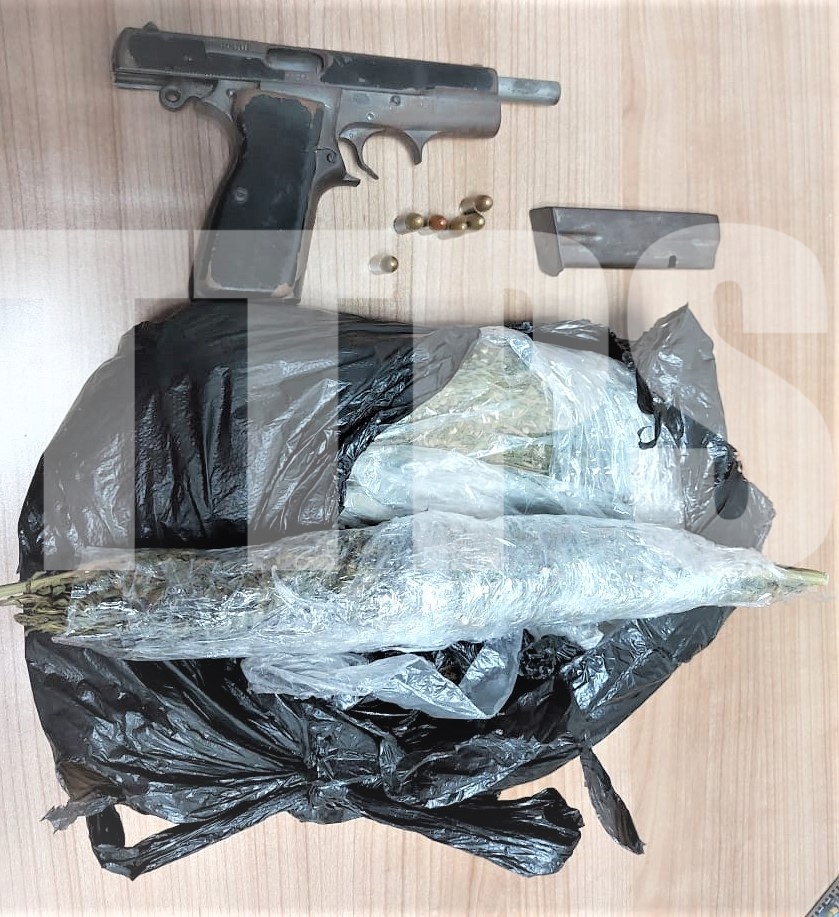 Around 3pm yesterday, a party of officers executed a search warrant at a residence at Block 3, Wallerfield, where during the search of the premises they found and seized one Beretta pistol fitted with one magazine and six rounds of nine millimetre ammunition.

Further checks were conducted with the assistance of K-9 unit, where a black plastic bag which contained 1035 grammes of marijuana was also found and seized.

Search on for mentally-ill female arsonist 0