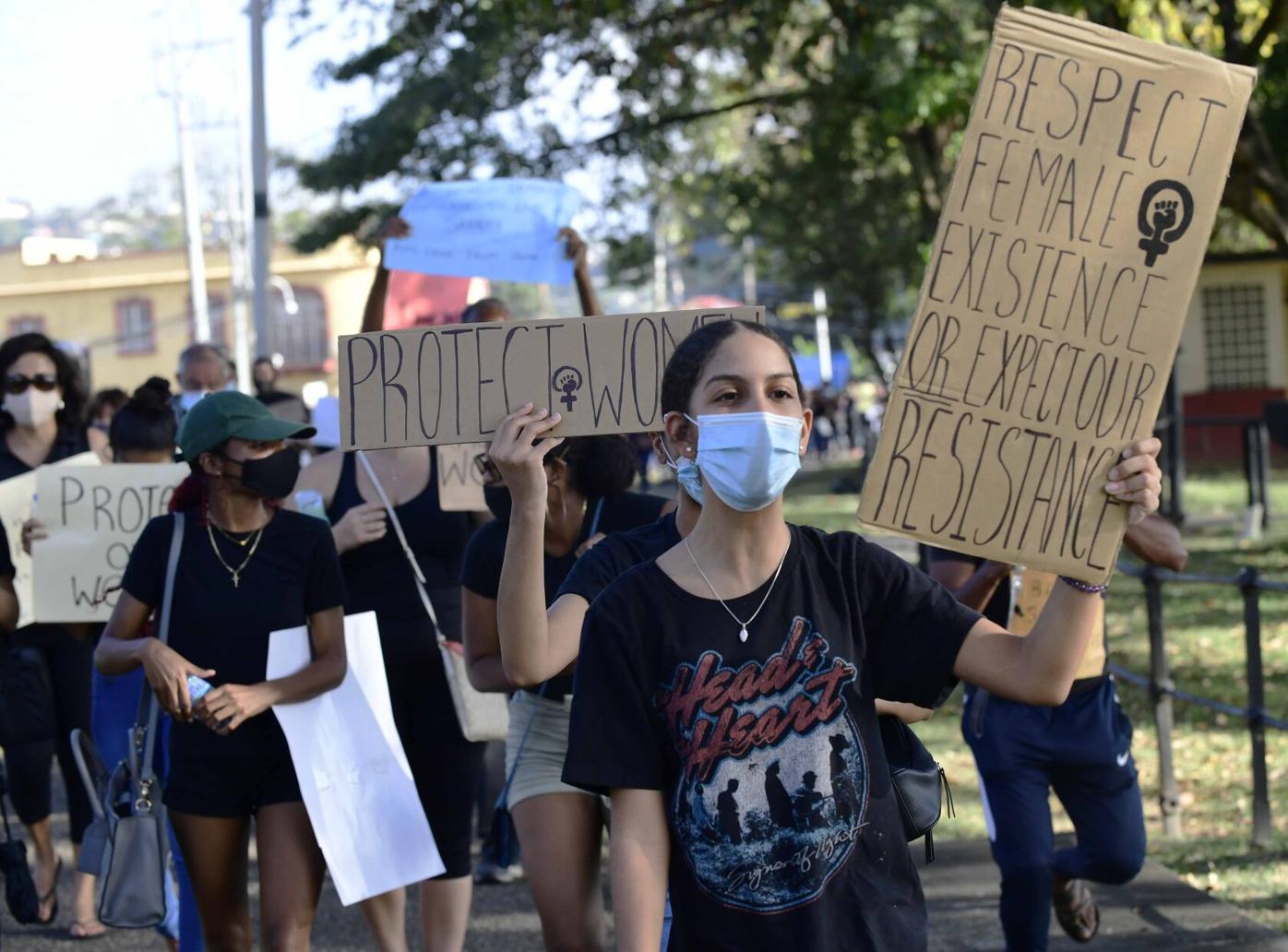 ‘Walk-Out!” Activist groups call on workers to walk out in observation of IWD 2021

The Alliance for State Action to End Gender Based Violence is hoping that citizens heed their call to stage a “walkout” from workplaces today, in observation of International Women’s Day (IWD).

The Alliance, made up of several activist groups and led by Samantha Juman, stated: “In honouring the momentum of all the recent protests, rallies, marches, motorcades, and vigils across the country, we ask the nation to join the 19 women’s rights and social justice organisations who will come together on March 8, International Women’s Day, to host an International Women’s Day Walkout.

This symbolic nationwide walkout will see “people of all walks walk out from their offices, homes, or wherever they might be, to gather at the capital city’s major transportation hub, City Gate at 2 p.m. This walk will conclude outside the Parliament/Red House where we will call on Government and Opposition for immediate action against gender-based violence”.

The organisation said the exercise was “in reaction to the violent murders” of Riley and Bharatt, which “has brought Trinidad and Tobago to a tipping-point of social action and demands for justice”.

The Alliance is also calling on government to implement some changes to make women feel safer, among them- they are asking that all registered public transport vehicles be equipped with digital tracking systems and surveillance cameras to ensure greater safety,; for government to “invest in and implement social reformation programmes to facilitate cultural change by teaching non-violent communication approaches, investing in social service provision, and public education campaigns”.