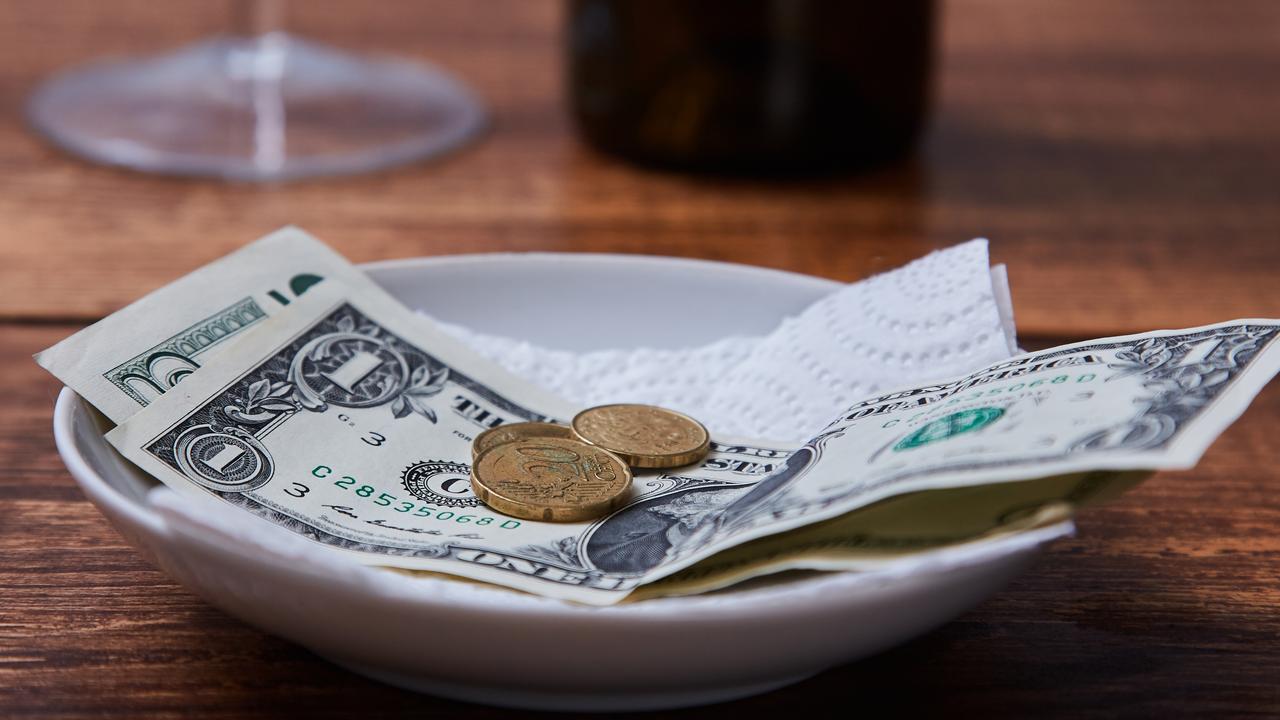 Waitress Receives $2,000US Tip, But Restaurant Refuses to Process It

A Texas waitress says she was thrilled to receive a $2,000 tip on a bill — only to find out from the restaurant that she won’t take home a single cent.

Emily Bauer had been working at Red Hook Seafood and Bar in San Antonio for two weeks before she received the enormous gratuity from an unidentified male customer on Sunday.

The server, who is a mom-of-two, told KVUE on Tuesday that she was left blown away when she picked up the check. In addition to the tip, the bill also featured a sweet message wishing Bauer a merry Christmas.

‘I just opened it and started crying. I was like, “Oh my God! My kids! I’m going to spend it all on my kids.” ‘I’ve never had a Christmas where I’ve been able to like splurge on them,’ she said of her two young sons.

However, Bauer’s joy was short-lived when she failed to head home with the cash bonus in her pocket.

Texas waitress Emily Bauer was left a $2000 tip at a San Antonio’s Red Hook Seafood and Bar on  Sunday, but she has not yet received the money. Bauer claims management told her that they could not process tip amounts larger than $500. However, restaurant owners are now saying the customer’s credit card declined the tip amount.

She alleged that other servers supported her and asked management to process the tip amount in four separate payments so she could receive the $2000. They allegedly declined.

‘Everybody I’ve talked to has been like, “I’ve never heard of that before.’” If it’s left to you and signed by that person, then you should be able to get it,’ Bauer told the news network.

However, management at the restaurant has offered a different version of events.

On their Facebook page Wednesday they claimed that the man’s credit card declined the $2000US tip, so they were unable to forward the cash on to Bauer.

The post from Red Hook Seafood and Bar’s owner stated: ‘Let me say the gentleman’s card would not let us post [process] the tip. We tried multiple times, Emily tried, managers tried… Visa could not force a $2000 tip on his card, it was invalid then later declined. We can not charge a card $500US four times it’s impossible and it’s fraud.’

The restaurant has since spoken out disputing Emily’s claims, alleging they ‘tried’ to process the money and blame it on their systems, but Emily clapped back sharing her truth.

Loading...
Newer Post
Ronaldo Is 14 Goals Away from Being World’s Top Scorer
Older Post
Toco police search for driver of Hilux van found over a cliff in Balandra