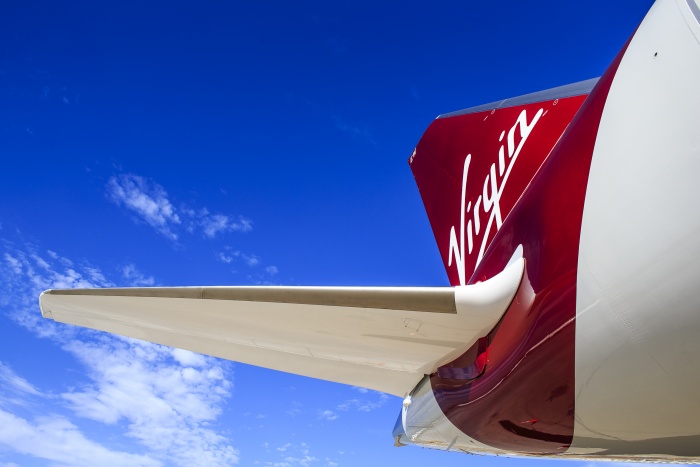 Beginning on December 9th, British airline company Virgin Atlantic, announced that customers travelling to Barbados or onwards to Antigua and Grenada on selected flights will receive a free, rapid, point of care, pre-departure lateral flow antigen test at London Heathrow Airport, as part of the airline’s trial to gather logistical information of the effectiveness of pre-departure testing.

Virgin Atlantic has called for the implementation of a vigorous pre-departure system, to swiftly and safely replace the new UK ‘test and release’ scheme commencing December 15. Virgin Atlantic’s trial initiative, six weeks in duration, will further demonstrate the deliverability of a pre-departure testing regime at scale, offering real-world data for these popular leisure routes as UK travel restrictions for non-essential travel ease as of  December 3rd.

Industry-led trials at London Heathrow support the latest independent analysis by Oxera and Edge Health which shows that all forms of passenger testing would be more effective than the current 14-day quarantine. The UK government confirmed plans this week for a ‘test and release’ strategy for international arrivals to England, ending quarantine after five days and presentation of a negative COVID-19 test. However, the government has said it will evolve its approach as it gathers further evidence on its effectiveness. Anonymous data from the Virgin Atlantic trial will be accumulated to inform academic work to influence UK policymaking.

“The new UK test to release scheme is a vital first step in re-opening the skies, but we must now move rapidly towards a single test pre-departure regime in order to ensure the survival of UK aviation and protect 500,000 jobs reliant on the sector. Our Heathrow-Barbados testing trial, in close collaboration with partners including Collinson, London Heathrow and the Barbados ministry of tourism & international transport, will gather vital data on the efficacy of a pre-departure testing regime to safely replace quarantine. We hope that testing will also lead the way for US borders to open to UK travelers.

“Moving to a pre-departure regime, supported by latest independent evidence, would be twice as effective as quarantine. Passengers should be able to take a test from up to 72 hours before departure, including a rapid test at the airport on the day of departure. Valid tests should include PCR, Rapid Point of Care LAMP and lateral flow technologies used by government in other settings, with no diversion from NHS testing capacity. We call on the government to follow the evidence, support industry trials, and lead the way in allowing free movement of people and goods to resume.”

“Airport testing is critical to getting the travel ecosystem moving again, which is why we opened the first and second UK pre-departure testing centres earlier this year,” said David Evans, Joint chief executive officer at Collinson. “We’re excited to partner with Virgin Atlantic on these lateral flow antigen test trials as we continue to lead in this space. As well as giving travellers and arrival destinations some much-needed confidence that all passengers have received a negative result prior to departure, the data from these trials will provide further evidence on the effectiveness of airport testing. With the results, the industry can fine-tune testing models to get the best systems in place for broader travel recovery – and we’ll continue to work with our partners across the sector to ensure travel thrives once more.”

The simple nasal and throat swab in Virgin Atlantic’s trial will be administered up to 1 hour 45 minutes before departure by a registered nurse at the Pre-Departure Collinson and Swissport Terminal 2 facility, taking no more than five minutes. Customers will receive their digital and printed test result within less than 30 minutes, proceeding to security and boarding following confirmation of a negative result. The customers included in the trial will be contacted by Virgin Atlantic in the coming days with information on the pre-departure test.

Working with the Barbados government and with customer consent where required, Virgin Atlantic will seek to add the results of this trial to the body of evidence being aggregated by Heathrow to understand the effectiveness of pre-departure testing. Barbados is on the UK government’s travel corridor list due to its low levels of COVID-19 community cases and the evidence gathered will support a reduction in quarantine post-arrival, so that customers can enjoy their holiday, whilst ensuring destinations remain secure.

“The government of Barbados has worked assiduously over the past nine months to effectively manage the pandemic here, and through comprehensive, dynamic and evidence-informed public health protocols, we have continued to ensure the safety of our community. This has made us attractive to discerning travellers who are seeking to safely work or vacation in our island paradise during this challenging time. We, therefore, support this initiative which underscores the importance of safe and responsible travel, and thank Virgin Atlantic for their continued partnership.”

The testing trial will offer further peace of mind for customers and build upon Virgin Atlantic’s multi-layered approached to health and safety to ensure that customers fly safe and fly well.

This coincides with the start of the UK ‘test to release’ regime on day five to generate critical data and support the removal of quarantine for international arrivals.

PM blames the UNC, candlelight and prayer vigils for current spike in COVID 0