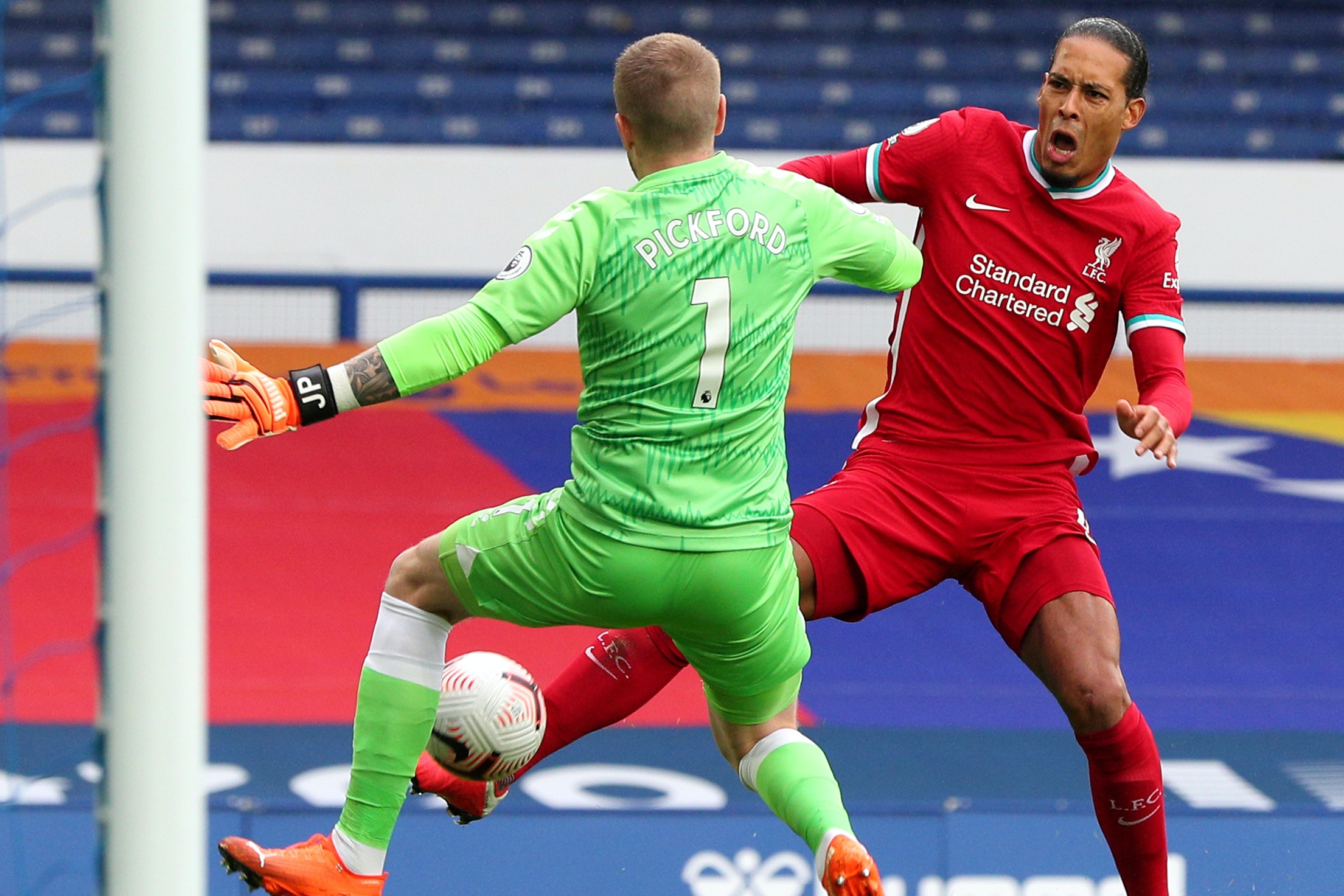 Liverpool defender Virgil van Dijk may be laid off for up to eight months with surgery on the knee injury he sustained in the 2-2 draw at Everton.

The 29-year-old Netherlands centre-half was unable to continue following a rash challenge by Toffees keeper Jordan Pickford in the first half on Saturday.

“I’m ready for the challenge ahead,” he said in a post on social media.

The former Celtic and Southampton centre-back went for a scan before a specialist confirmed the extent of the damage on the anterior cruciate ligament (ACL).

“I’m now fully focused on my recovery and will do everything I can to be back as soon as possible,” said the Dutchman.

“Despite the obvious disappointment, I’m a firm believer that within difficulty lies opportunity, and with God’s help I’m going to make sure I return better, fitter and stronger than ever before.

“In football, as in life, I think everything happens for a reason and it’s important to try and keep level-headed whether going through the highs and lows.”

Van Dijk has been a key figure for Liverpool since signing for them in January 2018 for £75m.

He played every league game for the club in the past two seasons as Liverpool finished second in 2018-19 before winning their first top-flight title in 30 years in 2019-20.

The Dutchman was also a leading figure for the side as they won the Champions League in 2019 and the Club World Cup later that year.

Surgery will not be immediate and the operation has yet to be arranged, the club said.