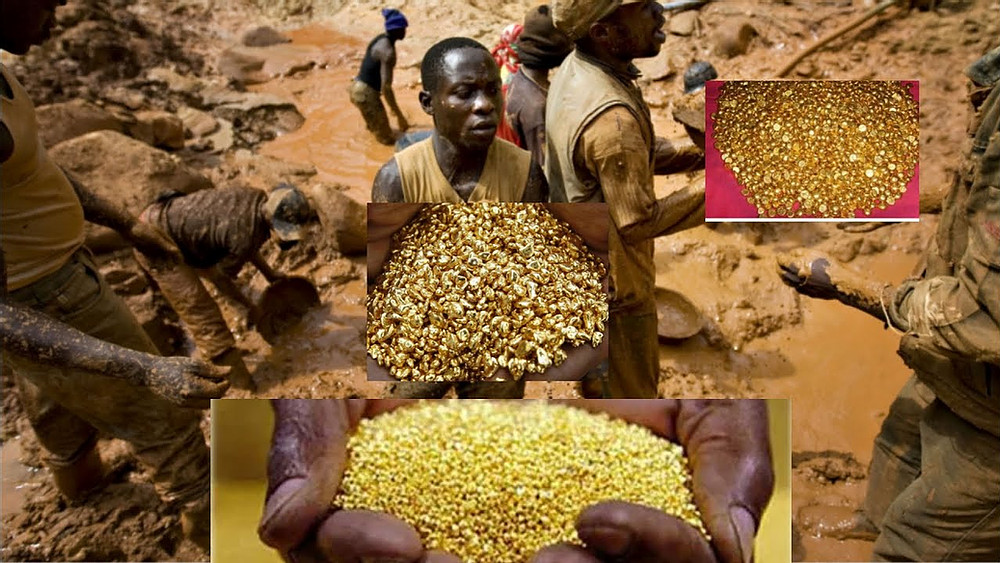 Congolese Villagers got the biggest surprise of their lives, after discovering a whole mountain full of gold in Congo’s South Kivu province has driven authorities to ban mining there until more oversight is established, reported Reuters.

A video shared on social media by freelance journalist Ahmad Algohbary shows villagers crowding the mountain in Luhihi, which is located in Congo’s South Kivu province, following the discovery of the gold-rich area.

‘A video from the Republic of the Congo documents the biggest surprise for some villagers in this country, as an entire mountain filled with gold was discovered! They dig the soil inside the gold deposits and take them to their homes in order to wash the dirt& extract the gold.’ Algohbary wrote on Twitter while sharing the footage.

70% of the country is said to be covered by rain forest, still, residents lack enough water for their domestic and personal use. The Congo Basin possesses enormous mineral deposits and the country is one of the wealthiest in terms of resources. However, war and conflict have ravaged her since King Leopold II of Belgium took hold. This gold rush is fuelled by suffering and unregulated mining.