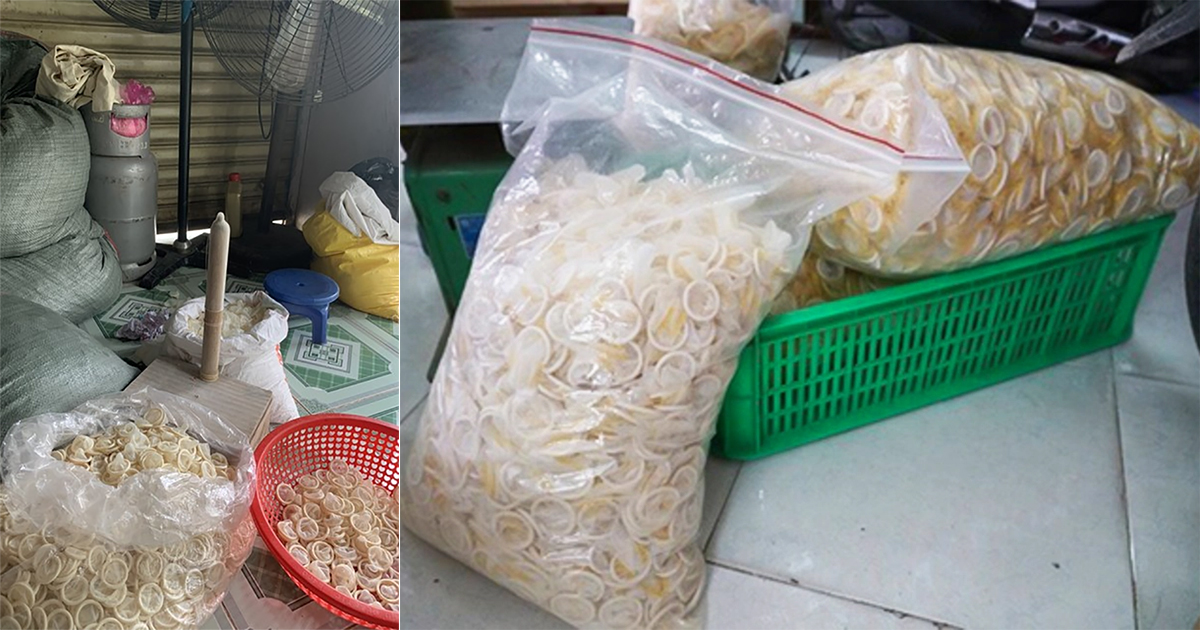 On Thursday, Vietnam Police have officially confiscated about 345,000 used condoms, which were washed and tried to be sold as new.

Pictures from the state television channel Vietnam Television (VTV) show several large bags of used condoms lying on the floor of a department store in Binh Duong province in the south of the country, CNN reports.

Police stated that the bags together weigh more than 360 kilos, which is equivalent to 345,000 copies of the contraceptive.

It is not known how the many condoms come from, but the owner of the department store says he received more than delivery every month from an unknown man.

It is also unknown how many of the recycled condoms have been sold. A woman who was arrested in the police operation, says she received a little under two Norwegian kroner for each condom she recycled.

The woman says that the used condoms were first boiled in water, before they were dried and reshaped on a wooden phallus. Then they were repackaged and resold.