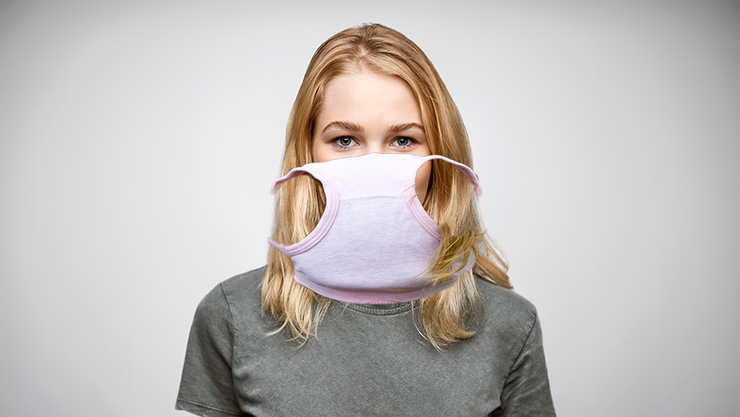 VIDEO: Woman Takes Off Her Panties and Wears it as a Face Mask

Many South Africans have been left in a state of shock after a video of a woman taking off her thong to use as a mask at a local store was shared on social media.

In the video, the security personnel at the store can be heard asking the woman where her mask is before she takes off the thong and uses it as a mask.

“Just use a mask,” a customer can be heard saying, as others look on in shock.

While the woman in the video has been criticised, some argued it was staged as the woman only lifts one leg to remove her underwear. However, social media users have continued to criticise her, questioning how she got into the store without a mask.

Last week, another woman trended on social media for refusing to wear a mask at a Pick n Pay store, saying it was her constitutional right not to.

She said:”I know my legal rights. The lockdown was deemed unconstitutional and it says you are not authorised to wear a mask. This is your constitutional right and to make you people wear masks is criminal.”

The woman caused chaos at the store before employees finally told her to leave.

Due to operations carried out from December 2020 until February 21, 2021, 14 653 individuals were arrested for various contraventions of the level 3 lockdown regulations, said the police this week.

10 701 people were arrested for not wearing a mask in KwaZulu-Natal alone between 29 December and 21 February.

Some 2 884 people were arrested for failing to comply with the curfew set in the regulations.