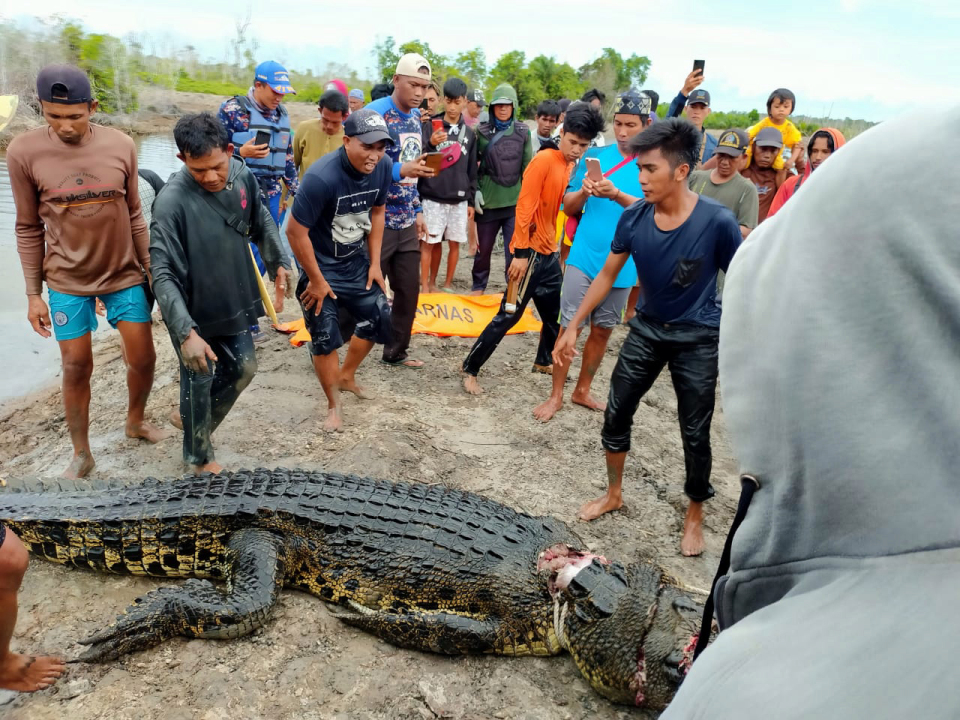 It was a horrific and sad day for the residents of the island of Borneo, as an eight-year-old boy has been killed by a crocodile as he swam in a river in Indonesia.

The boy and his little brother were swimming in East Kalimantan province while their father was watching near their house on Wednesday when the child was attacked and swallowed by a crocodile, a local search and rescue agency official known as Oktavianto said.

The child’s father jumped to help him but the reptile escaped, Oktavianto added.

He chased the crocodile and hit it with bare hands but he couldn’t keep up,” he said.

In revenge, the villagers of the Kutai Timur district caught the six-metre crocodile on Thursday and found the intact body of the boy inside it.

A graphic video posted on YouTube showed rescue workers pulling the body out of the crocodile’s stomach, with his family watching and weeping. The river is known to be a crocodile habitat, Oktavianto said.