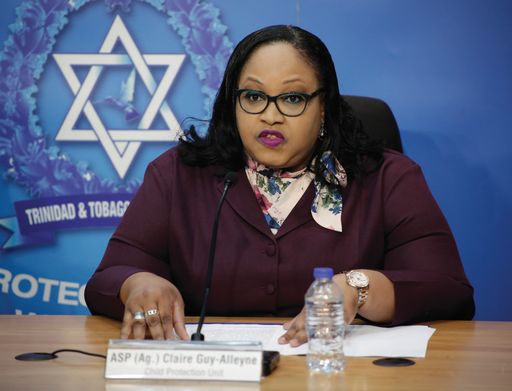 The head of the TTPS’s Gender Based Violence Unit is suggesting that any action to be taken coming out of the Robert Sabga report will take some time.

ASP Claire Guy-Alleyne was at the time addressing views by the public that nothing will come out of the investigation into the report.

She noted the views of the public but reminded persons that the police can only act on real evidence as “information” is not admissible in a criminal case against an individual.

She assured citizens that the TPTPS was intent on investigating the allegations and called on persons who were victims of abuse mentioned in the Sabga report to come forward and seek justice.

She also assuaged concerns that the abuse suffered by the victims was time barred saying although it happened years ago, victims can still get justice.