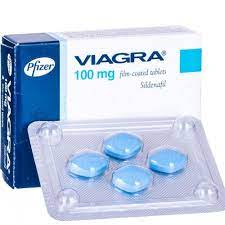 A British man has been found guilty of shoplifting after he was successful in his second attempt to steal Viagra from a pharmacy.

According to his lawyer, 46 year old Stephen Cooper stole the packet of Viagra from Lloyds Pharmacy in Leek as he needed it for himself as he had formed a relationship with a woman.

Four weeks before he was held, Cooper went to the pharmacy and tried to steal four packets of Viagra.

He was caught and apologised and while the shop did not tell the police, they banned him.

He returned one month later and snuck the packets into his pocket but was stopped by staff who recognized him from the previous incident.

His lawyer launched a passionate defence in which he said Cooper “is not a hardened criminal.”