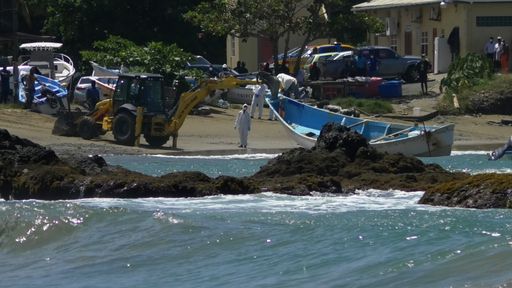 The boat full of bodies found drifting off the coast of Belle Garden, Tobago last Friday, originated from the Republic of Mauritania in Africa.

This was revealed earlier today by ACP William Nurse, head of the police Tobago Division.

During a news conference at the ACP’s office in Scarborough, Nurse said “The boat, according to our information, was believed to have been stolen and there is an investigation under way in that country.”

Nurse said forensic pathologist Dr Eslyn Mc Donald-Burris is doing the autopsies on the 14 bodies and the results should be revealed on Wednesday.

Mauritania is an Islamic country on the Western side of Africa and lies on the Atlantic Coast.