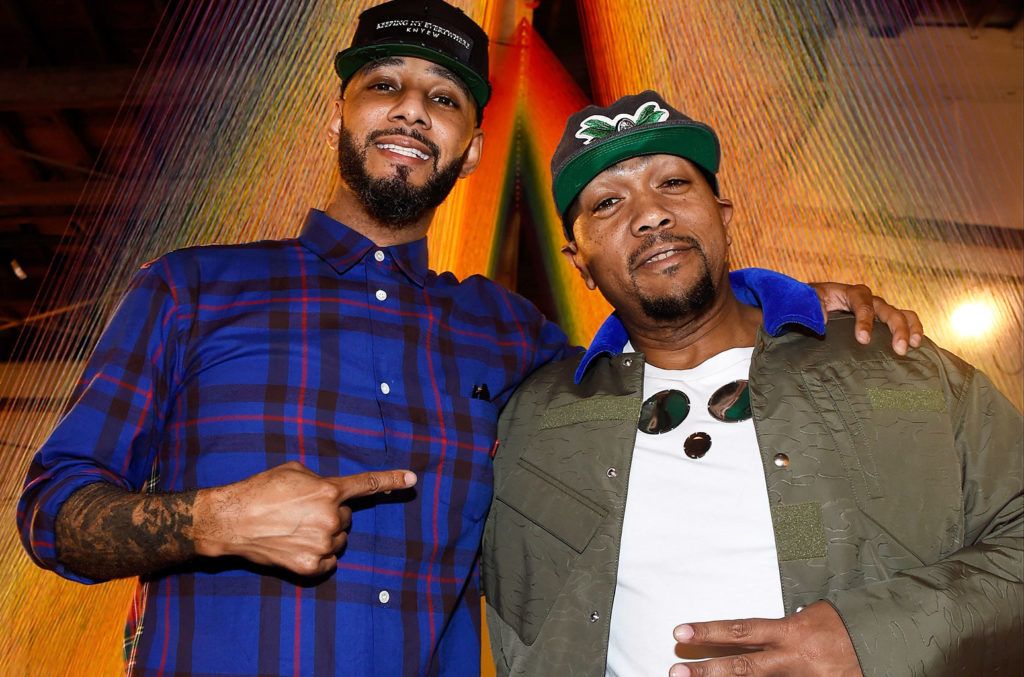 Swizz Beatz and Timbaland have turned Verzuz into a quarantine phenomenon. The Instagram Live battles and celebrations have been a way to bring the culture together to celebrate artists and black music.

The two Hip-hop producers have now sold their popular Verzuz livestream platform to the Triller Network.

The companies didn’t disclose the financial terms of the deal Tuesday, but a Triller spokesperson said the Grammy-winning producers would become shareholders in the Triller Network, the parent company for the TikTok-like social video app. Timbaland and Swizz Beatz will share their equity stake with the 43 performers who have appeared on Verzuz since it launched almost a year ago.

Verzuz competitions pit R&B and rap legends against one another in virtual one-on-one music battles.

Almost instantly, the show became a pandemic economy success story. Matchups including stars such as T-Pain vs. Lil Jon, Nelly vs. Ludacris and Gucci Mane vs. Young Jeezy have attracted millions of live-entertainment-starved viewers to VerzuzTV Instagram livestreams.

“There is no more disruptive and innovative brand in music today than Verzuz,” Triller executive chairman and co-owner Bobby Sarnevesht said in a statement announcing the deal. “We view this acquisition as more of a partnership than an acquisition, as Swizz, Timbaland and the other 43 artists who are all becoming shareholders and partners in Triller Verzuz from this day forward become our voice.”“With this acquisition, Triller continues its evolution to be at the center of culture and the center of music,” Sarnevesht and fellow Triller Network shareholder Ryan Kavanaugh said in a joint statement. “Who better to help shape Triller’s music future than the top artists in the world overseen by Timbaland and Swizz?”

Swizz Beatz and Timbaland said the deal “is a momentous occasion not only for Verzuz and Triller, but the music business as a whole.”“By putting Verzuz in the Triller Network ecosystem and expanding the Verzuz brand to be side by side with the powerful Triller app, we will be able to continue to grow and evolve the music business as a whole, as we have been doing,” the music legends said in a joint statement.

Triller itself is currently facing a battle with Universal Music Group (UMG), which pulled its music from the app after UMG said Triller has been withholding payments over the company’s musical works, but the company did not discuss its label negotiations within the Verzuz announcement.

“Verzuz isn’t just a company, a platform or an event, it is a cultural movement and phenomenon,” Triller Network’s co-controlling shareholders Bobby Sarnevesht and Ryan Kavanaugh said in a statement. “In our generation, Verzuz has made a bigger impact on music than any other company we know. With this acquisition, Triller continues its evolution to be at the center of culture and the center of music. Who better to help shape Triller’s music future than the top artists in the world overseen by Timbaland and Swizz?”

Find your earworm with Hum to Search 0