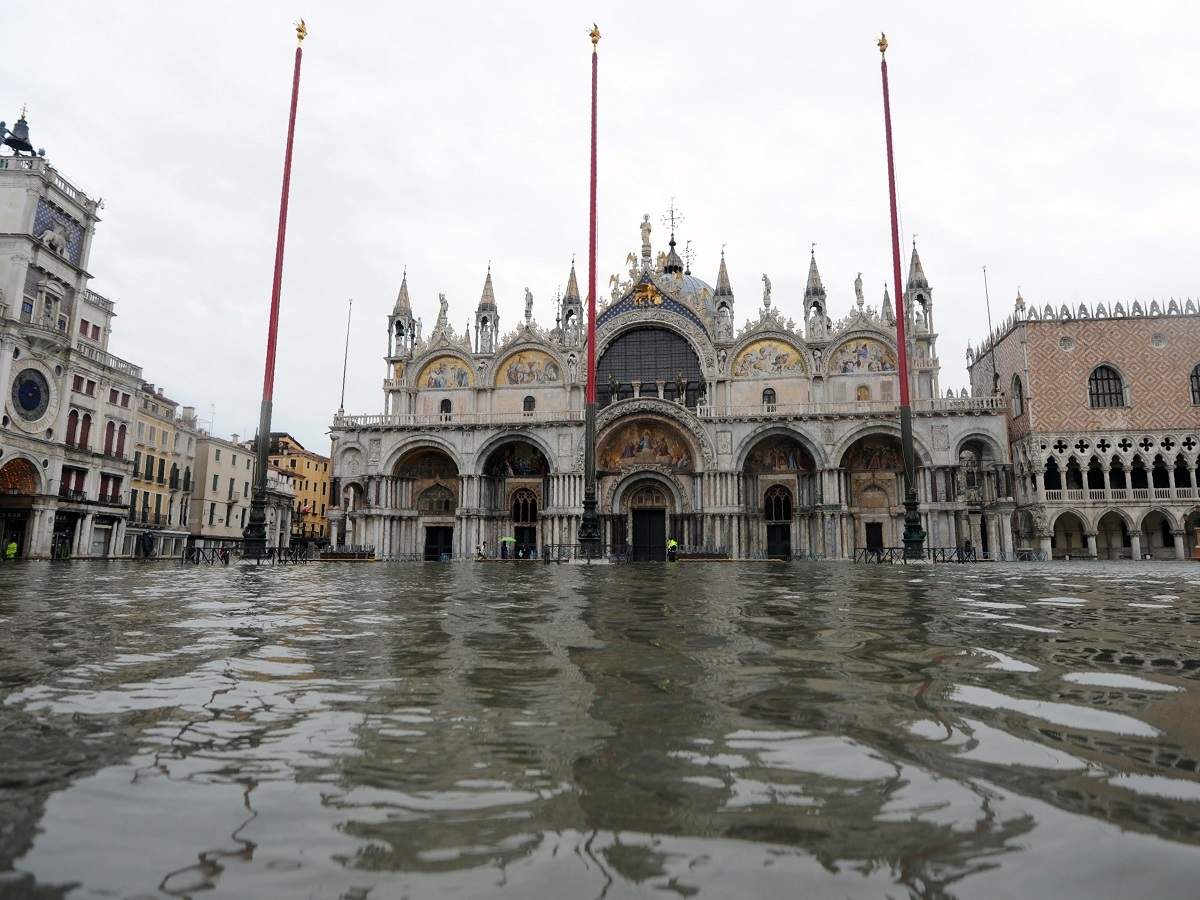 St Mark’s Square, the heart of Venice and house to some of the most important government buildings, was underwater on Tuesday after a newly-installed system of mobile artificial dams failed to activate, reported AFP.

Residents, habitual to perennial “acqua alta” or high water events, donned their rubber boots once again to cope with the flooding that reached a height of 1.37 metres above sea level in the afternoon.

As the waters reached one metre above sea level, the deluge drowned St Mark’s Square, the Floating city’s lowest area and flooded the famous basilica.

Many shopkeepers used wood panels as shields to block the water flow. To guard Venice’s lagoon during the high tide, a flood defence system called MOSE was installed in October.

The network of water-filled caissons is designed to be raised within 30 minutes to create a barrier capable of resisting a water rise of three metres above normal.

However, the system failed to serve its purpose on Tuesday since the forecast misconstrued the level of water rise.

“We will have to review the rules of the command post”, he said.

The MOSE infrastructure project began in 2003 but was tormented by cost overruns, corruption scandals and delays.

Man arrested in Sangre Grande with gun and ammo 0