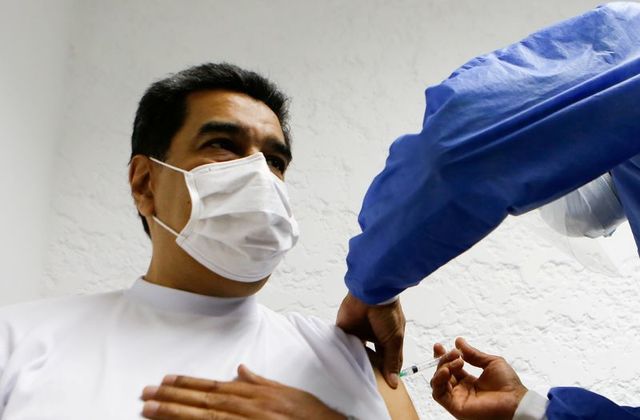 “I am vaccinated,” said a smiling Maduro, joking that he should now be able to speak Russian.

On February 18, Venezuela began administering a first dose of the Sputnik vaccine to health care workers, after receiving an initial shipment of 100,000 of the 10 million doses it has ordered.

The country has also received 500,000 doses of the Chinese-made Sinopharm vaccine, which was due to start being administered from Monday.

Venezuela has also reserved at least 1.4 million doses of the AstraZeneca vaccine through the World Health Organization’s Covax program — which is designed to help developing countries obtain timely supplies of vaccine — though a payment dispute has delayed delivery.

Following 2018 elections widely considered as rigged, some 50 countries including the United States have recognised opposition leader Juan Guaido, not Maduro, as the country’s president.

As a result, Venezuela has been unable to access some government funds held abroad, complicating vaccine payments.

Venezuela, with 30 million inhabitants, had reported over 141,000 cases of COVID-19 and 1,371 deaths as of Saturday, according to the Johns Hopkins University tracking website.