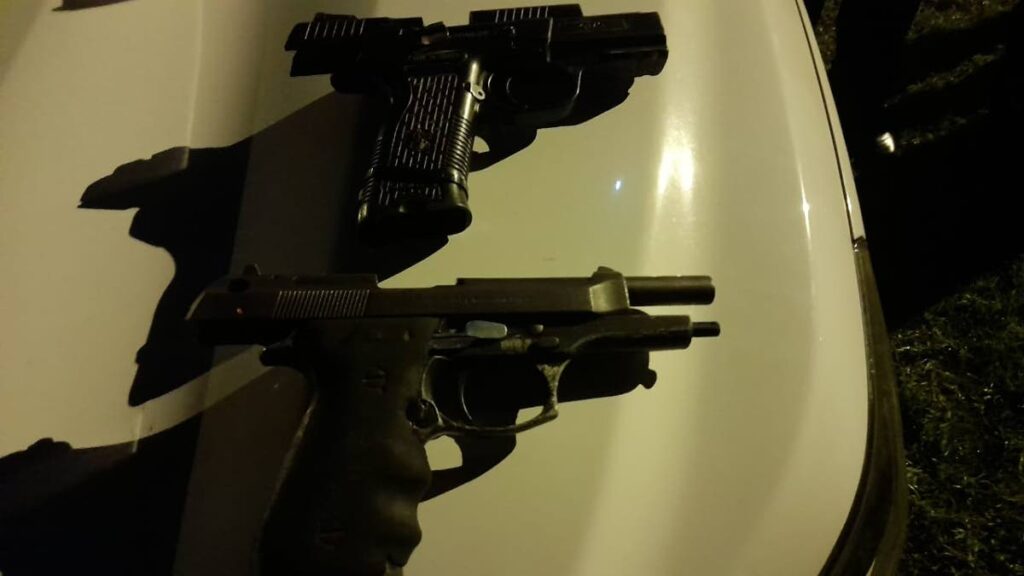 Venezuelan national held with pistols and ammo in Cedros

A 27-year-old Venezuelan man was arrested after he was found with two pistols and ammunition at his Cedros home early on Friday morning.

Police said members of the North Eastern Division went to a house at Lalla Trace, Icacos Village, Cedros at around 1.30 am and searched it. They found the two guns and 16 rounds of ammunition in a box in the bedroom.

The man who was in the house at the time was arrested and taken to the Barataria police station, where he was charged.

The exercise was led by Snr Supt Maharaj, Supt Ramjohn and ASP Parriman and co-ordinated by Insp Bharath, with supervision from Sgt Belilam.