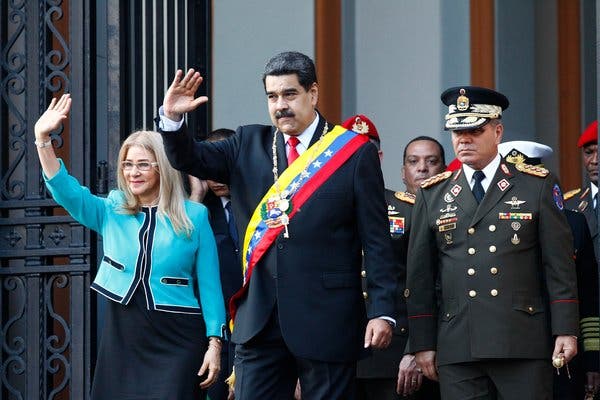 The government and the opposition have held several rounds of talks mediated by Norway on Barbados to resolve their disagreements which led to the eruption of political conflict in Venezuela in January when Guaido proclaimed himself an interim president at the criticism of Maduro.

Though the government skipped the August 8-9 talks, Maduro has said it had resumed its dialogue with Norway to re-engage in the negotiations with the opposition. In a public address, aired on his Twitter on Friday, Maduro said he had instructed Communication Minister Jorge Rodriquez, who led the government delegation at the talks, to ask the opposition to detail its position on Guayana Esequiba as the authorities had evidence the opposition sought to sell the region.

‘Now, I am joining protests against Guaido’s attempts to give away Esequiba. Until Guaido changes his intention to hand over Esequiba, we will not sit at the negotiating table. Either they change (their position) or they will never see our faces,’ Maduro said on Friday.

He said the government delegation had initially withdrawn from the talks due to the economic blockade imposed on Venezuela by the United States, which supported the opposition, Sputnik reported.

On Friday, the Venezuelan prosecutor general’s office said it had opened an investigation into Guaido’s alleged attempt to sell Guayana Esequiba to transnational companies and the country’s eastern neighbor.

Caracas has been extending its territorial claims over the region, which is located in the basin of the Essequibo River and is a major portion of Guyana’s territory.

On Thursday, Venezuelan Vice President Delcy Rodriguez said Guaido’s supporters had tried to give the region to transnational corporations, including Exxon Mobil.

Speaking to the nation on Thursday, Maduro showed a video of Vanessa Neumann, the so-called ambassador of Guaido’s self-proclaimed government in the United Kingdom, and Guaido’s aide Manuel Avendano. Maduro also played an audio recording where they discussed transferring the disputed territory to Guyana.