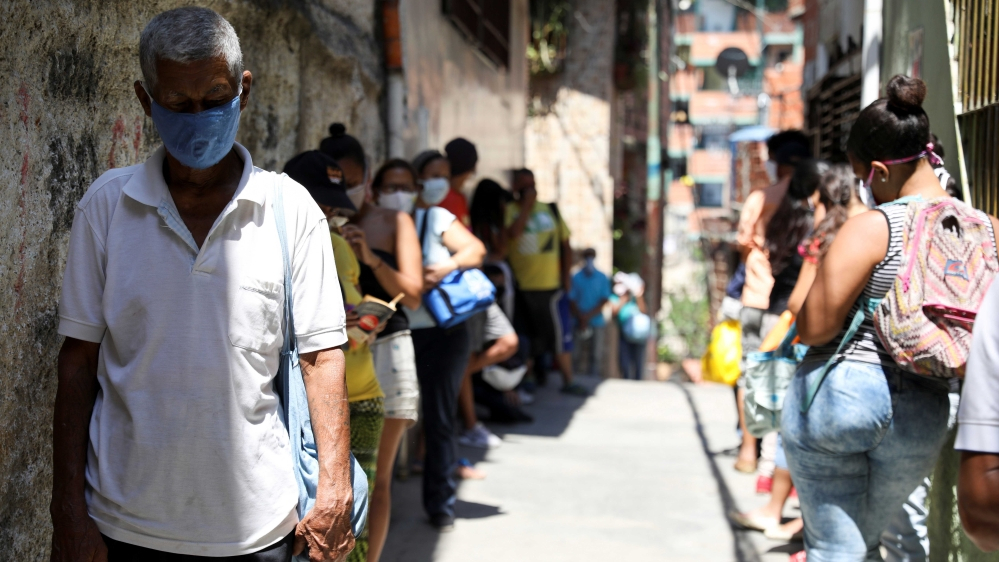 Venezuela detected in the last 24 hours 377 new infections of the SARS-COV-2 virus, which causes covid-19, with which the total cases of this disease rose to 139,116 in the Caribbean country , reported this Sunday the executive vice president, Delcy Rodríguez.

“We have 348 cases at the community level,” said Rodríguez during his participation in the weekly balance made by the Venezuelan government to report on progress in the fight against the pandemic.

To these community cases, he said later, there are 29 other “imported” cases, as Venezuela calls those of people who enter the country infected with covid-19.

According to the official’s report, these cases come from the Dominican Republic, Panama, Mexico, Turkey and Colombia.

“Almost all the cases imported from Venezuela, 80%, are from Colombia, we know the crisis that (this country) is going through,” added the vice president.

Community cases, meanwhile, experienced a peak in the western state of Zulia, bordering Colombia, where 91 new infections were registered.

The northern state of La Guaira and the capital of Venezuela, Caracas, with 64 and 54 cases, respectively, were the other two regions most affected in the last 24 hours.

Rodríguez also reported that three other Venezuelans died from causes related to covid-19, a figure that brings to 1,344 deaths from this disease in Venezuela.

In this sense, Rodríguez said that Venezuela has an average of 47 deaths from covid-19 per million inhabitants, a figure that he considered low when compared to other countries in the region.

The number of recovered from the disease, according to the Venezuelan vice president, is 94%, as only 6,557 cases remain active.

Venezuela will begin this Monday a week of easing the quarantine within the framework of a plan that the Government of Nicolás Maduro calls “7 + 7”, and that the president himself has said allows a necessary respite to the economy.

But the president said this Sunday that he expects from the commission that monitors the pandemic the recommendation of “extraordinary measures” in Caracas and the nearby state of La Guaira, in view of the rebound in cases in recent days.

Hinds: the country is hovering in the region of about 50 new cases daily 0