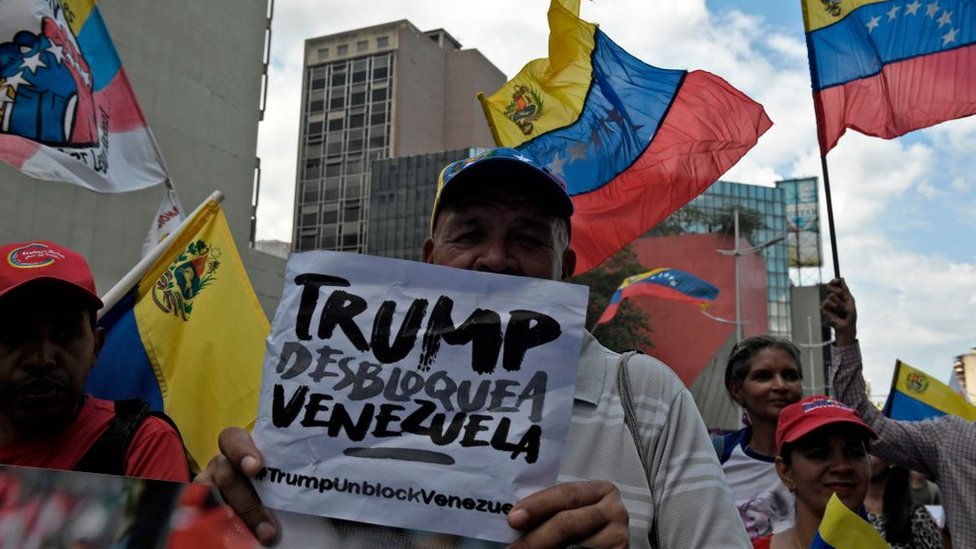 On Friday the United States issued fresh sanctions against two individuals and a company that it said played a role in “fraudulent elections” in Venezuela earlier this month, a move that was rejected by President Nicolas Maduro as ” stupid”.

The US Treasury Department said it had sanctioned Ex-Cle Soluciones Biometricas CA, a biometrics company, for providing material support to Maduro, “including providing goods and services” to help carry out to the parliamentary vote.

The ministry also sanctioned two people who, according to it, would have acted “for or on behalf of” the ex-Cle Soluciones Biometricas CA: the double Argentinian and Italian national Guillermo Carlos San Agustin and the Venezuelan Marcos Javier Machado Requena.

The sanctions block any assets they may hold in the United States and prohibit American citizens from interacting with them.

Maduro’s political alliance overwhelmingly won the National Assembly elections, which were boycotted by Venezuela’s main opposition parties and criticized internationally for being fraudulent.

“The efforts of the illegitimate Maduro regime to steal the elections in Venezuela show its contempt for the democratic aspirations of the Venezuelan people,” US Treasury Secretary Steve Mnuchin said in a statement announcing the sanctions.

“The United States remains committed to targeting the Maduro regime and those who support its goal of denying the Venezuelan people their right to free and fair elections.”

The administration of US President Donald Trump has been pressuring Maduro for years, issuing multiple rounds of sanctions that have crippled Venezuela’s economy and supporting his main opponent, Juan Guaido, who tried to overthrow Maduro.

Guaido, the outgoing speaker of the National Assembly, urged Venezuelans to boycott the December 6 elections, which he said were rigged to favor Maduro, and instead held a “popular consultation” vote in protest .

Maduro rejected Friday’s US sanctions announcement and in particular criticized US Secretary of State Mike Pompeo.

“The scandalous Mike Pompeo today imposed stupid sanctions, like the good fool he is … against the company and the businessmen who made machines so that the Venezuelan people could vote,” Maduro said in a television show.

The political alliance led by Maduro won over 90% of the seats in the legislature, which had been the last state institution not in the hands of the ruling Socialist Party.

The Maduro government said 5.2 million Venezuelans, or about 31% of eligible voters, voted in the Congress vote.

Salary Relief Grants could take up to 3-4 weeks 0