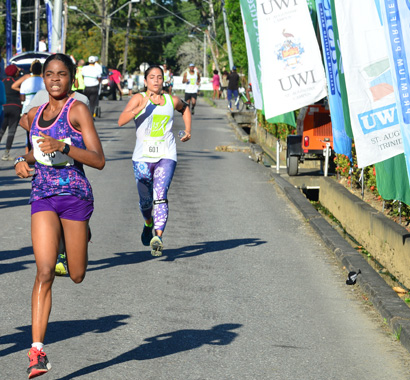 The University of the West Indies (UWI)’s St. Augustine Campus has cancelled its UWI SPEC International Half-Marathon for 2020 in light of the pandemic.

Speaking on the cancellation, Professor Funso Aiyejina, Head of the St. Augustine Academy of Sport said, “We understand the disappointment that the participants may feel having put many hours of training towards this event, but cancelling this year’s Half-Marathon and 4 x 5K relay is necessary to protect all involved.”

He said the health and safety of all stakeholders remain the University’s number one priority.

“We are hopeful that 2021 would present a much safer scenario than the one being faced now for us to return for the 17th edition of the race.”

Professor Aiyejina also expressed sincere gratitude to presenting sponsor, First Citizens for their partnership and contributions to the success of the race over the years.

He added that the organizing committee will use this downtime to brainstorm and plan for a bigger and better return next year.

According to UWI, the annual UWI SPEC International Half-Marathon is a longstanding national sporting event, that has attracted accomplished athletes from different parts of the globe.

In 2019, the race experienced some positive achievements, which included the event recording its highest number of participants ever, with over 1,550 persons registered hours before the deadline.

For the past two years, the race has seen the successful addition of a 4 x 5K relay race component, as well as a tyre relay.

MoH and MoE to discuss possible reopening of schools 0

TTPS mourns the death of Sgt. Jacob after he was found unresponsive by passers-by 0