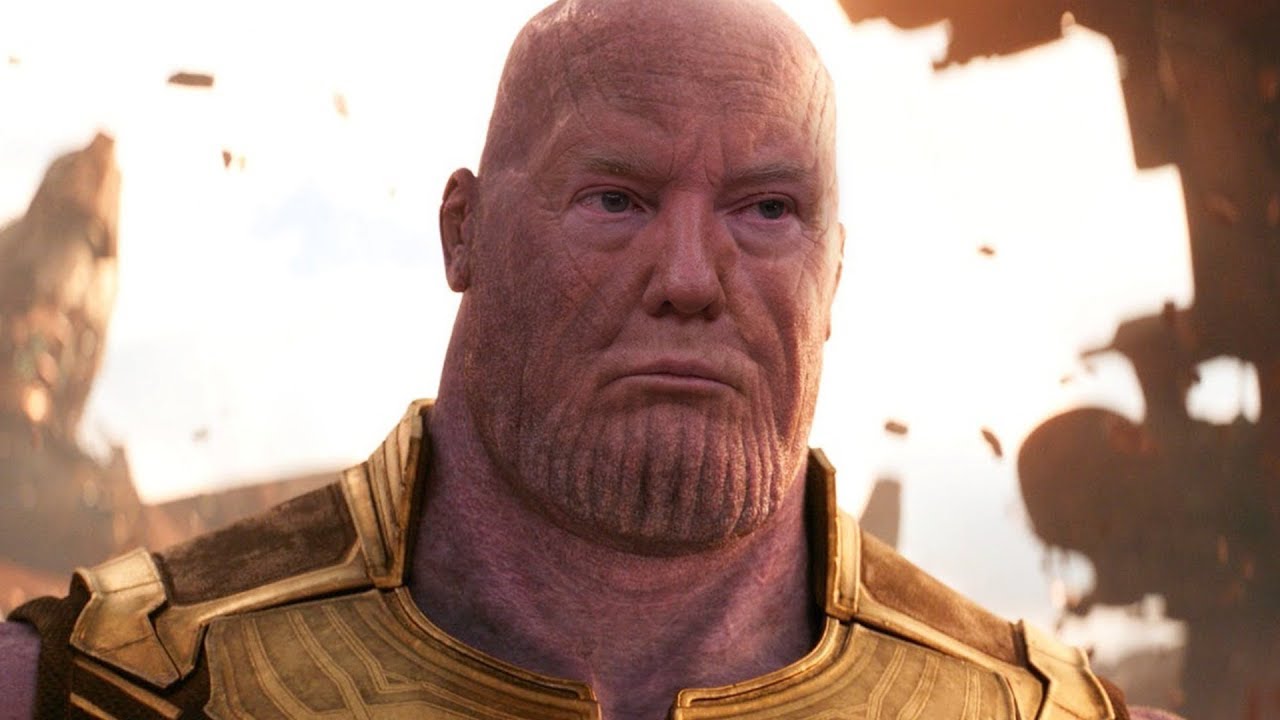 Apparently, Donald Trump’s 2020 campaign office recently published a controversial clip of Thanos’ famous finger snap in Avengers: Infinity War. However, Thanos’ head was replaced with that of Trump, who snaps his fingers erasing members of the Democratic Party. While the meaning of the message in the clip is fiercely debated, a less impassioned look on the incident highlights just how iconic the figure of Thanos has become. So iconic that a presidential campaign office saw an opportunity to utilize his image in a political tussle for the Whitehouse in next year’s US general elections.

Thanos creator Jim Starlin slammed the campaign ad in a post on Instagram. “After my initial feeling of being violated, seeing that pompous dang fool using my creation to stroke his infantile ego, it finally struck me that the leader of my country and the free world actually enjoys comparing himself to a mass murderer. How sick is that?” Starlin, who created the character in 1973, wrote.

“These are sad and strange times we are going through. Fortunately all things, even national nightmares, eventually come to an end,” Starlin added.

House Democrats can push their sham impeachment all they want.

It’s not often that a presidential campaign proudly portrays its candidate as a sadistic megalomaniac who wipes out 3.75 billion people, but that’s exactly what the Trump War Room did via social media with a doctored video that pinches its motif and message from the mythology of the wildly popular superhero films.

The imagery used clearly is meant to frame Trump as an unbeatable candidate (either in the election, the impeachment or both) but even that doesn’t make much sense because, ultimately, Thanos was defeated by the Avengers who use a time travel approach to get their much-needed rematch. The big guy was finally snuffed in this year’s Avengers: Endgame, which has been seen by millions of fans (it now ranks as the highest-grossing film in Hollywood history) even if the president’s circle somehow missed it.

Opposition Leader calls on the PM to resign 0