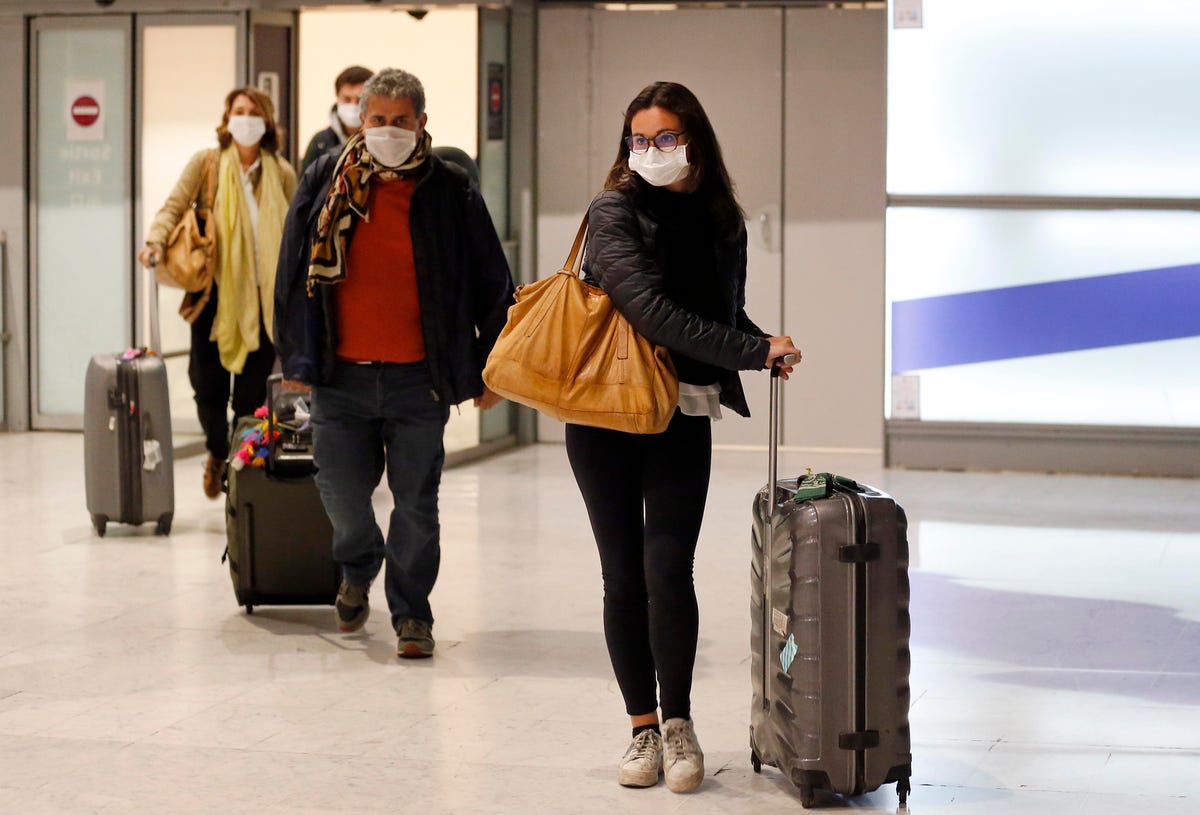 The US has said that it will reopen its borders to fully vaccinated travellers from 33 countries on 8 November.

Under new rules announced by the White House, vaccinated people who have had a negative test in the 72 hours before travelling will be allowed to enter.

The move marks the end of the tough restrictions that have been imposed on travellers since early last year.

“This policy is guided by public health, stringent and consistent,” a White House spokesman said.

The new rules will apply to Schengen countries – a group of 26 European nations – as well as the UK, Brazil, China, India, Iran, Ireland, and South Africa.

The current rules bar entry to most non-US citizens who have been in the UK, China, India, South Africa, Iran, Brazil or a number of European countries within the last 14 days.

However, the policy has caused controversy, as passengers from 150 other countries, many of whom have struggled with high rates of Covid infection, have continued to enter the US freely.

Officials announced that people who have been jabbed with one of the vaccines that are approved by the US Food and Drug Administration (FDA) or have been granted an Emergency Use Listing from the World Health Organization (WHO) will qualify under the system.

The Emergency Use aspect will allow travellers who have received the AstraZeneca jab, widely used in the UK, as well as China’s Sinovac and Sinopharm vaccines, to enter the country.

It was also confirmed that travellers will not be required to go into quarantine upon entering the country.

The announcement was swiftly celebrated by would-be travellers across the globe.

Among them was Kent resident Dan Johnson, who told the BBC he had been unable to visit his father in the US before he died of cancer in March.

“I never got to say goodbye and hadn’t seen him since 2019 due to the travel restrictions,” he said. “It’s been the hardest thing in the world. Lifting the ban feels much too late, but does mean that I can finally visit my step-mum and help her sort dad’s belongings.”

Another UK resident, Kate Urquhart, said she would be travel to Los Angeles to see the final concert of American rock band The Monkees’ farewell tour in November.

“I was almost resigned to not going,” she said. “Today’s announcement is great news.”

Friday’s announcement sheds light on the changes first announced back in September. Biden administration officials had initially said the new policy would go into place in “early November,” leaving many foreign nationals unsure when to make or adjust their travel plans.

Virgin Atlantic CEO Shai Weiss welcomed the move and said it reflected the success of the global vaccine rollout.

“The UK will now be able to strengthen ties with our most important economic partner, the US, boosting trade and tourism as well as reuniting friends, families and business colleagues,” she said.

The US has lagged behind many other countries in removing its travel restrictions, prompting friction with a number of its allies.

On Tuesday, US officials announced that restrictions at its land borders with Canada and Mexico for fully vaccinated foreign nationals would also end.

However, unvaccinated travellers will continue to be barred from entering at land borders.

Body of man found in drain in Arouca 0