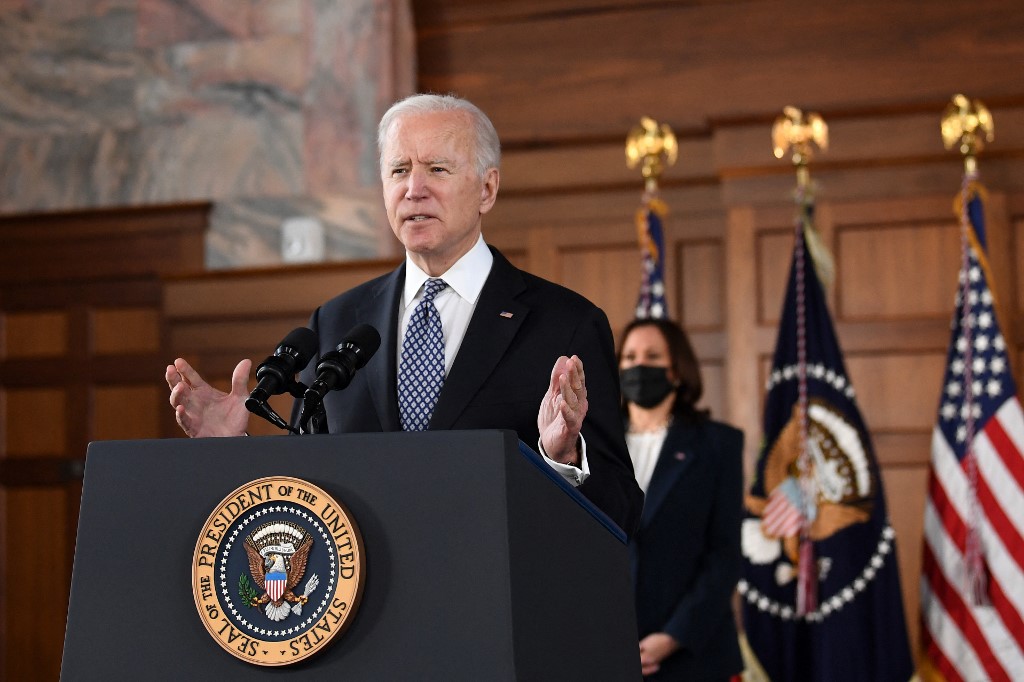 US states told to offer $100 vaccine incentive as cases rise

US President Joe Biden has called for states to offer $100 (£71) to the newly vaccinated in an effort to address flagging jab rates amid virus surges.

The president also issued a strict new vaccine requirement for US federal workers, the nation’s largest workforce with some two million people.

The order requires employees to show proof of vaccination or be subjected to mandatory testing and masking.

Just under half of the US is fully vaccinated, according to official data.

Speaking from the White House on Thursday, Mr Biden said that the new measures are a result of the highly contagious Delta variant’s spread, made worse by a “pandemic of the unvaccinated”.

“People are dying and will die who don’t have to die,” the president said.

Mr Biden added that the monetary incentive may seem unfair to already vaccinated Americans, but “we all benefit if we can get more people vaccinated”.

States would use money from the $1.9tn American Rescue Plan legislation to fund the incentives.

Mr Biden said that the federal government will be “fully reimbursing” small or medium-sized businesses that provide workers paid time off to get vaccinated.

While government workers who refuse to get vaccinated will not be fired, this move by the White House aims to set an example for other employers nationwide.

But public health experts warn that weekly testing is not an effective way of stopping outbreaks.

The Democratic president also addressed theories, spreading mostly in conservative circles, that the jabs are unsafe.

He emphasised there “is nothing political” about the vaccines, which were developed and authorised under a Republican administration and further distributed under his.

Last month, a study showed that over 99% of Covid-19 deaths have been among the unvaccinated.

Nearly 70% of adults have received at least one jab, according to the latest data from the Centers for Disease Control. But vaccination rates are varied across the country. Southern and western regions, which are now experiencing Covid outbreaks, have much lower rates.

It comes as virus-related deaths climb to around 2,000 per week. New cases are now at their highest point in the last three months, with about 60,000 being recorded per day.