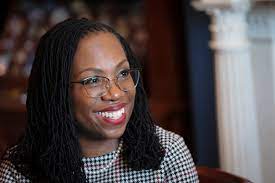 The US Supreme Court is to include a black female justice for the first time in its 233-year history after the Senate confirmed Justice Ketanji Brown Jackson to the nine-member bench.

Media reports say three Republicans crossed the aisle to seal her appointment by a vote of 53 to 47.

Chuck Schumer, the majority leader, called it a “joyous day” for the US.

The vote was overseen by Vice-President Kamala Harris, the first black woman to hold the office.

Mrs Jackson, 51, will replace Justice Stephen Breyer, a fellow liberal judge for whom she once clerked, upon his retirement in June.

The lifetime appointment will likely see Ms Jackson on the bench for decades, but will not shift the ideological balance of the current court, with its 6-3 conservative majority.

Nas drops the gift of a brand new album 0