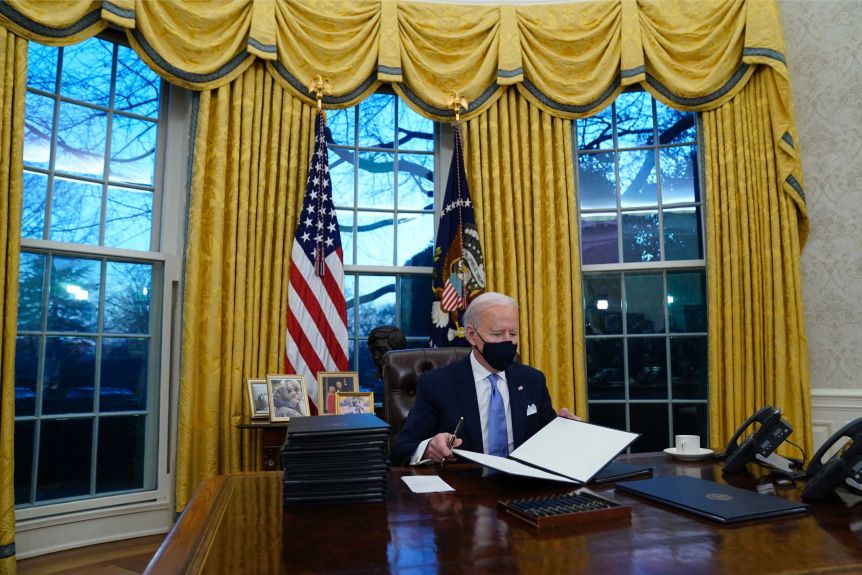 New US President Joe Biden immediately made a few changes after moving into the Oval Office on Wednesday, including removing one of ex-President Donald Trump’s unique comforts: the Diet Coke button.

The brick-sized button covered in wood sat on the Resolute desk throughout Trump’s presidency and immediately called a butler with a cold can of Diet Coke at all times.

The button was emblematic of the former president’s well-documented love for fast food. He welcomed the Clemson University championship football team to the White House with a junk food feast in early 2019, which included “McDonald’s, Wendy’s and Burger King with pizza,” he told the ‘time.

Trump would also have liked to have McDonald’s cheeseburgers for an impromptu meal, according to several reports during his presidency.

Trump’s Diet Coke button is now gone, the official photos from the Oval Office show, in one of the most notable changes Biden has made to the space.

Most of Biden’s changes involve tinkering around the edges, like replacing the carpet with a slightly darker blue, reports The Guardian.

Several family photos are now placed behind the president on a table, where Trump once displayed a row of military service flags.

No new Covid cases, but CMO say TT not out of the woods 0