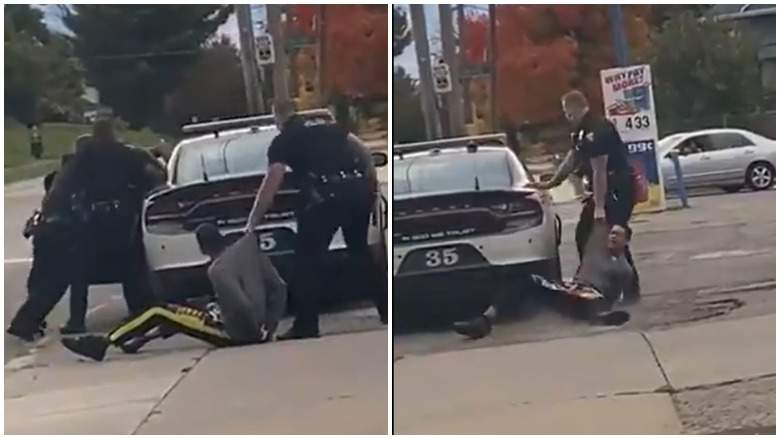 US Police Officer Suspended for Dragging Black Teen Across Pavement

A US police officer has been suspended following dragging an African American adolescent throughout the sidewalk…Regardless of the fact the teenager didn’t resist arrest.

The Mansfield Police Department completed a thorough review into an officer’s actions during an October 12th detainment of a 17-year-old boy and determined he violated rules pertaining to the “treatment of persons in custody.”

As a result, Officer Jordan Moore was served with a 60 day suspension, beginning October 20th, 2020 and lasting through January 11th, 2021.

The internal investigation concluded after a review of all audio and video elements of the incident, as well as a compiling of all officer statements and reports.

Police said, as seen in a video that surfaced on social media, that Officer Moore grabbed the boy by his hooded-sweatshirt without any warning or instruction to comply with orders, and dragged him several feet while he was handcuffed to the passenger side of a Mansfield patrol car in an effort to assist other officers on scene dealing with an arrested adult.

“Officer Moore’s response was found to be improper which resulted in the misapplication of force used on a person that was handcuffed, in custody, and offering no resistance,” the department stated in a press release.

It is uncertain what, if anything else, the suspects were charged with. In terms of Officer Moore, he is suspended with pay before January 11th. He will undergo training for a requirement for his return.

Traffic Disruption on the UBH over the weekend 0