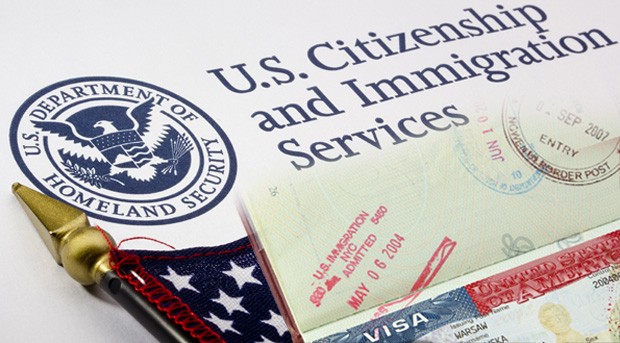 US Plans To Deny Citizenship To Immigrants For Being Too Poor

The United States President Donald Trump’s administration unveiled a sweeping rule Monday that would limit legal immigration by denying visas and permanent residency to hundreds of thousands of people for receiving public benefits such as welfare, food stamps, public housing or Medicaid.

The long-anticipated rule, pushed by Trump’s leading aide on immigration Stephen Miller, will take effect Oct. 15 and would reject applicants for temporary or permanent visas for failing to meet income standards or for receiving public assistance.

Immediately after the rule was announced, the National Immigration Law Center (NILC) said it would file a lawsuit to stop it from taking effect. The group’s executive director Marielena Hincapie said the rule was racially motivated.

“This latest racially-motivated policy is a painful reminder that behind [President] Donald Trump’s bluster, bureaucrats like [top adviser] Stephen Miller will stop at nothing to attack immigrants and destroy our legal immigration system,” Hincapie said in a statement. “It will have a dire humanitarian impact, forcing some families to forego critical life-saving healthcare and nutrition. The damage will be felt for decades to come.”

The 837-page rule could be the most drastic of all the Trump administration’s policies targeting the legal immigration system, experts have said. Advocates for immigrants have criticized the plan as an effort to cut legal immigration without going through Congress to change U.S. law.

The new rule is derived from the Immigration Act of 1882, which allows the U.S. government to deny a visa to anyone likely to become a “public charge.”

Most immigrants are ineligible for the major aid programs until they qualify for green cards, which grant legal permanent residence status. However, the new rule announced in the Federal Register by the Department of Homeland Security expands the definition of a public charge and stands to disqualify more people.

This rule sends a cruel message that the government doesn’t think poor people and people with disabilities are valuable members of our communities.

The new rule defines public charge as an immigrant who receives one or more designated public benefits for more than 12 months, within any 36 months, according to a fact sheet from USCIS.

The benefits would count in the aggregate, such that a receipt of two benefits in one month would count as two months, for example, the fact sheet said. The definition of public benefits is cash aide including Supplemental Security Income, Temporary Assistance for Needy Families, the Supplemental Nutrition Assistance Program (SNAP), most forms of Medicaid, and a variety of public housing programs, the fact sheet said.

“The principle driving it is an old American value and that’s self-sufficiency,” Cuccinelli said in a Fox News interview published on Monday before the White House briefing.

Before the rule was published, the Migration Policy Institute, a research organization, estimated more than half of all family-based green card applicants could be denied under the new system. Some 800,000 green cards were granted in 2016.

Immigrant advocates have expressed concern the rule could negatively affect public health by dissuading immigrants from using health or food aid to which they or their children are entitled and would have a “chilling effect” on immigrants seeking help for their U.S. citizen children.

The New York Immigration Coalition (NYIC) wrote on Twitter, “Trump’s public charge rule is a xenophobic and classist attack on immigrants. It won’t go into effect until October 15, and we’ll keep fighting it so all immigrants can lead healthy and safe lives.”

Almost All US Coronavirus Deaths Among Unvaccinated 0