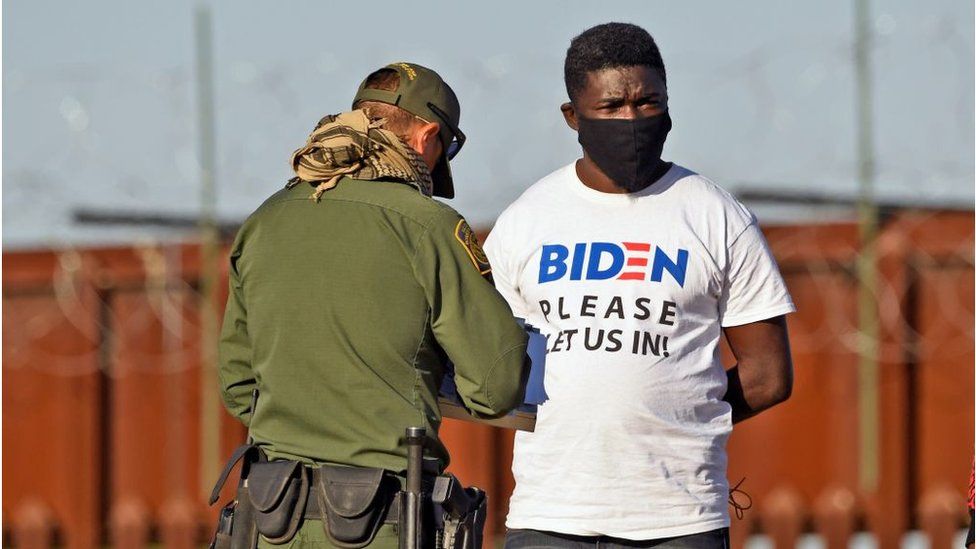 The number of undocumented migrants reaching the US-Mexico border has hit the highest level in more than 20 years in the latest sign of the humanitarian crisis facing the Biden administration.

US Customs and Border Protection (CBP) said it caught 180,034 migrants, mostly single adults, in May.

It was the biggest monthly total since April 2000 with increasing numbers coming from outside Central America.

This includes countries like Ecuador, Venezuela, Cuba, Haiti and even some African nations.

The number of unaccompanied children from Central America dropped to 10,765 in May, compared with 13,940 the previous month, according to CBP figures.

The agency said that of the 180,034 people encountered in May, 112,302 individuals were expelled under a Trump-era policy known as Title 42, which was kept in place by US President Joe Biden.

The border agency said the average daily number of children in its custody has plummeted to 640. However, another 16,200 migrant children are being held by the US health department.

TSTT To Continue Restructuring Exercise Without Objection From CWU 0