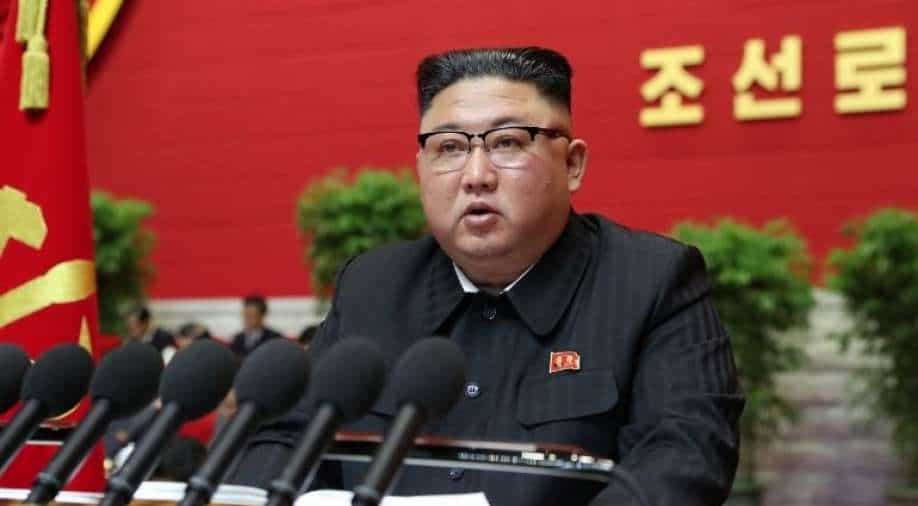 The statement comes less than two weeks after Joe Biden took office as president of the United States and after a turbulent relationship between Kim and Donald Trump, who is about to step down.

Kim and Trump first became involved in a war of words and mutual threats, until an extraordinary diplomatic “bromance” emerged that included summits that won the American president’s headlines and declarations of love.

However, no substantial progress has been made, with the process stalled after a meeting in Hanoi resulted in an impasse over easing sanctions and what North Korea would be willing to give up in return.

Pyongyang “must focus and be developed on subverting the United States, the biggest obstacle to our revolution and our biggest enemy,” Kim said at the ruling party’s five-year congress, according to the official KCNA news agency.

“No matter who is in power, the true nature of his policy against North Korea will never change,” he said in reference to the United States, without mentioning Biden’s name.

Pyongyang has invested large amounts of resources in the development of its nuclear weapons and ballistic missiles, which it claims are necessary to defend against a possible US invasion.

Nuclear programs have moved rapidly under Kim’s command, including his most powerful nuclear blast so far and missiles capable of hitting the entire United States, at the cost of increasingly severe international sanctions.

The country has completed plans for a nuclear-powered submarine, Kim said, something that would shift the strategic balance.

“A new planning research for a nuclear powered submarine has been completed and is expected to enter the final examination process,” he explained at the congress.

North Korea must “further advance nuclear technology” and develop light and small nuclear warheads “to be applied differently depending on the targets,” he added.

The comments are in the meeting’s work report, which lasted nine hours over three days and was reported in detail by KCNA for the first time.