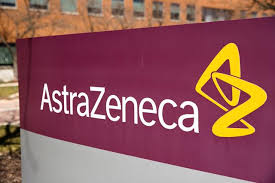 The results of clinical trials of the covid-19 vaccine of the pharmaceutical company AstraZeneca in the USA seem to be based on outdated data, which do not provide complete information on its effectiveness.

This was announced today by the US National Institute of Allergies and Infectious Diseases (NIAID), citing the findings of a board of independent experts overseeing clinical trials of drugs. The vaccine could thus face another obstacle in the United States on the road to approval, foreign agencies write. The company has not yet responded to the statement.

AstraZeneca on Monday announced the results of a long-awaited large-scale study in the United States, Peru and Chile, according to which its vaccine, developed in collaboration with Oxford University, has 79 percent effectiveness in preventing the symptomatic course of covid-19. It also reportedly works 100 percent against severe or fatal forms of covid-19 and does not carry an increased risk of blood clots.

However, according to NIAID, an independent commission overseeing the tests in the US today “expressed concern that AstraZeneca (in the results) included outdated test information that may have provided an incomplete view” of the efficacy data. “We encourage the company (AstraZeneca) to work with an expert committee to evaluate efficacy data to ensure that the most accurate and up-to-date efficacy data (vaccines) are published as soon as possible,” NIAID said.

The US has significantly supported the development of the AstraZeneca vaccine, and a number of experts have suggested that it could be one of the first and relatively inexpensive vaccines to be approved for use in the United States. However, from the beginning of the tests, the vaccine has been accompanied by various doubts about its effectiveness, dosage or possible side effects.

According to the media, AstraZeneca also made several missteps in communication with American regulators, which forced it to suspend its clinical trials for seven weeks last autumn. They announced their eagerly awaited result on Monday, but after today’s announcement by NIAID, its efforts to approve the vaccine by the US drug regulatory agency FDA could be further delayed, according to news agencies.

The emergency use of this vaccine has already been approved by more than 70 countries, but several, especially European ones, have briefly stopped vaccinating due to fears of alleged serious side effects.

However, the European Medicines Agency (EMA) then announced that it considered the substance safe, after which vaccination resumed in European countries. AstraZeneca was then injected with a number of political leaders in an effort to boost public confidence in the vaccine.