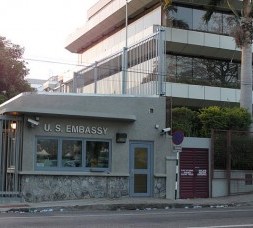 US Government Donates Eight Ventilators To Trinidad And Tobago.

The Government of the United States Thursday donated eight brand-new ventilators to Trinidad and Tobago to support its fight against COVID-19.

This donation is part of a broader effort by the U.S. Government to provide critical healthcare equipment and supplies to Trinidad and Tobago during the global pandemic.

The value of the healthcare equipment donated today was more than US one hundred and thirty-six thousand dollars.

The ventilators, produced in the United States, are highly specialized, state-of the art medical equipment that will help Trinidad and Tobago in treating those patients most seriously affected by advanced COVID-19 symptoms.

U.S. Chargé d’Affaires Shante Moore presented the equipment this morning to Minister of Health Terrence Deyalsingh at the Ministry of Health, Park Street, Port of Spain.

The minister said two of the eight ventilators will be sent to Tobago.

Close to 100 policemen from Central Division in quarantine 0