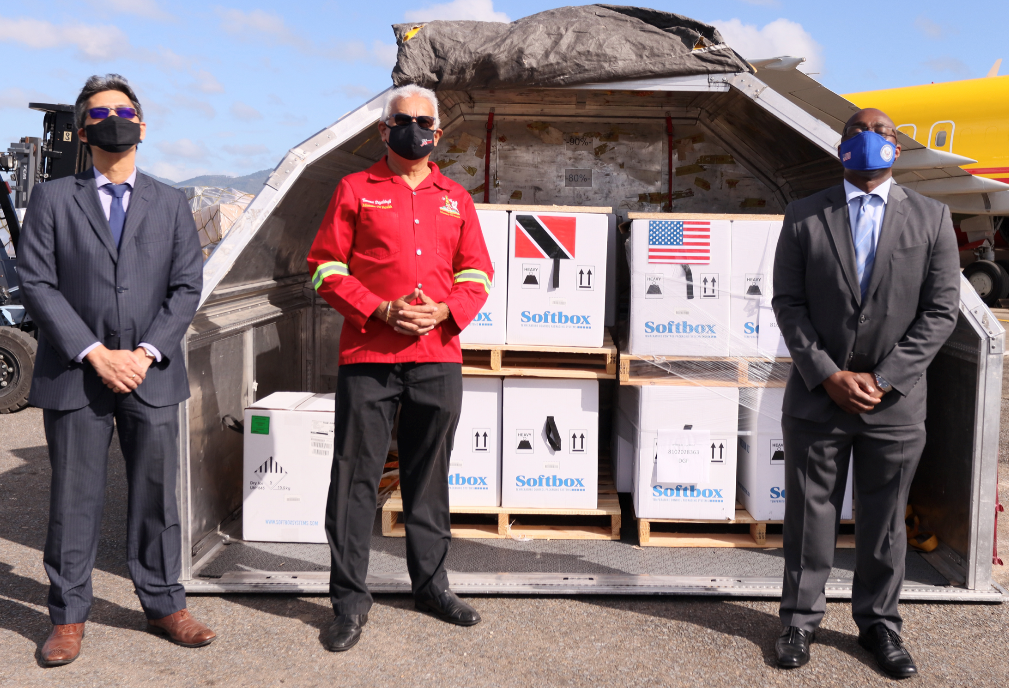 The United States Government announced on Thursday the donation of seventy-five thousand (75, 000) doses of the Pfizer COVID-19 vaccine to the people and government of Trinidad and Tobago.

It said this donation is part of the Biden-Harris Administration’s commitment to lead in the effort to vaccinate the world, having already delivered over four hundred (400) million free, safe, and effective vaccines to over one hundred and ten (110) countries as part of a commitment to donate one point two (1.2) billion doses worldwide with no political strings attached.

It said to date, roughly twenty-five countries in Latin America and the Caribbean have received vaccines.

U.S. Embassy Chargé d’Affaires Shante Moore said, “The United States continues to donate these free COVID-19 vaccines to the people of Trinidad and Tobago, and is pleased to see fifty per cent of the population is now vaccinated.

Charge D Affairs Moore said it is a significant milestone, but it must also be noted the drop in the number of persons getting vaccinated, especially among the 12-18 age group.

The United States Government only donates vaccines approved by the U.S. Food and Drug Administration.

These are the same vaccines that all U.S. citizens receive and are the same doses the United States is sharing globally.