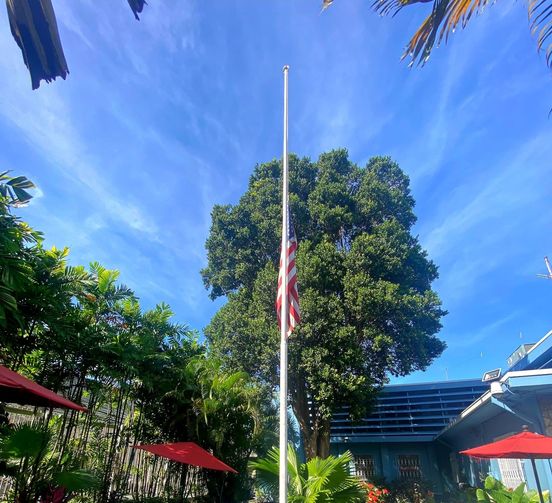 US flag at half mast at Embassy in TT, in honour of Capitol Hill police victims

Brian D. Sicknick died on Thursday evening (January 7th) from injuries sustained while on duty during the assault on the Capitol. A statement from the US Capitol Police said 42-year-old Sicknick collapsed when he returned to his division office. He was taken to a local hospital where he succumbed to his injuries. Reports are that he was on life support before he passed away. His death is being investigated as a possible homicide by the Metropolitan Police Department’s homicide Branch.

Howard Liebengood, a 15-year veteran of the Capitol Police force, was assigned to the Senate Division. The 51-year-old died by suicide on Saturday 9 January 2021.

In response to Wednesday’s security breach at the Capitol, authorities have arrested dozens of people connected to the unrest after pro-Trump rioters charged through barricades, assaulted police officers and shattered windows.

Bail and fine for two charged with possession of marijuana 0