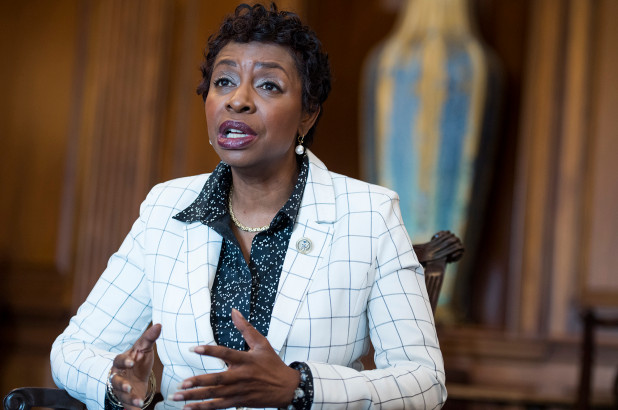 Caribbean American Democratic Congresswoman, Yvette D. Clarke, has aimed at providing Temporary Protected Status (TPS) legislation for Bahamian nationals, recovering from the effects of Hurricane Dorian that swept through the archipelago a week ago killing at least 50 people and causing widespread damage in the Caribbean Community (CARICOM) country.

Plaskett is the delegate to the United States House of Representatives from the US Virgin Islands’s at-large congressional district, while Lee represents California’s 13th Congressional District in Congress.

“My legislation – the TPS for Victims of Hurricane Dorian Act will help provide some respite in America for people whose lives have been drastically impacted by Hurricane Dorian in the Bahamas,” said Clarke.

“When life throws a massive curveball, Americans stand up to help those who have fallen on bad luck,” added Clarke, chair of Immigration Task Force for the Congressional Black Caucus (CBC).

“As a Caribbean-American myself, my heart hurts for those whose lives have changed as they know it back home in the Caribbean. My legislation will assist in easing these folks’ new reality as a result of the devastation they’ve experienced from Hurricane Dorian,” she said.

Clarke said the TPS for Victims of Hurricane Dorian Act would allow Bahamians in the US to remain in the country during “this difficult chapter for the islands under the TPS program.

“There is a longstanding history of using this program to permit victims of natural disasters and other humanitarian crises in designated countries,” she said.

The US Congress created the Temporary Protected Status (TPS) in the Immigration Act of 1990.

It is a temporary immigration status provided to nationals of specifically designated countries that are confronting an ongoing armed conflict, environmental disaster, or extraordinary and temporary conditions.

TPS provides a work permit and a stay of deportation to foreign nationals from those countries who are in the United States at the time the US government makes the designation.

According to the American Immigration Council (AIC), a country may be designated for TPS for one or several reasons including an ongoing armed conflict, such as a civil war, that poses a serious threat to the personal safety of returning nationals; an environmental disaster, such as an earthquake, hurricane, or epidemic, which results in a substantial but temporary disruption of living conditions.

AIC said the US Secretary of Homeland Security has the discretion to decide when a country merits a TPS designation. It said a TPS designation can be made for six, 12 or 18 months at a time.

In order to qualify for TPS, AIC said an individual “must be a national of the foreign country with a TPS designation (or if stateless, have last habitually resided in a country with a TPS designation); be continuously physically present in the United States since the effective date of designation and have continuously resided in the United States since a date specified by the Secretary of Homeland Security.

As of May 2019, AIC said 10 countries including Haiti, had been designated for TPS and the designation had not expired.

Official and relief agencies in the Bahamas said that the damage Hurricane Dorian wreaked on roads, airports, communication grids and other infrastructure is presenting a “logistical nightmare” for emergency responders and aid workers trying to get basic supplies to the neediest storm victims.”

“Anywhere we could put a warehouse has been destroyed by floodwaters and may not be safe for storing supplies. Communications are down, electricity is down,” Christy Delafield with the aid group Mercy Corps, which has a team on the Grand Bahama Island, told the US National Public Radio (NPR).

US officials say they have processed thousands of evacuees from the Bahamas arriving by plane and on cruise ships, according to NPR.

But it said it’s unclear whether the Trump administration will grant Bahamians TPS, which would allow evacuees to live and work in the US.