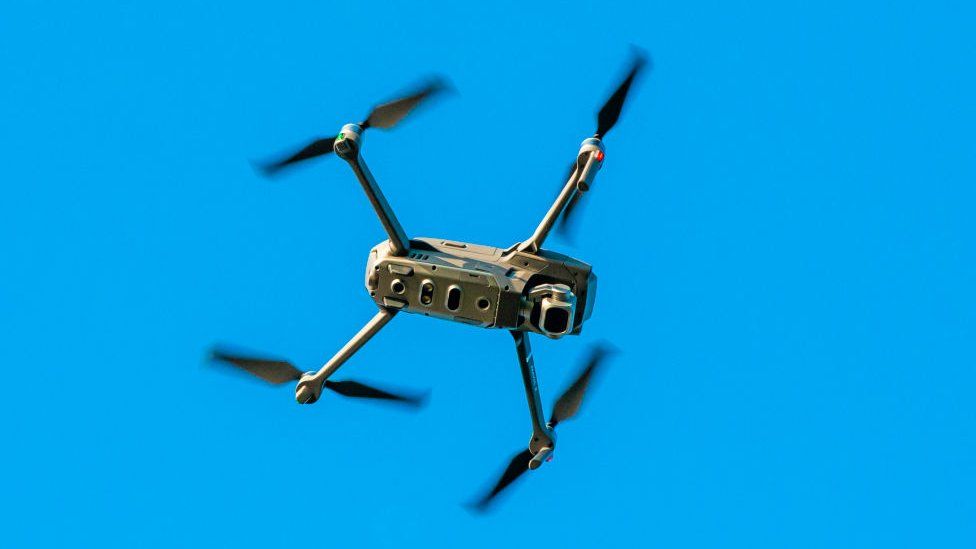 The US company behind Tasers plans to produce stun gun-armed drones it claims will help stop school shootings.

The Arizona-based company, Axon, says that the high-tech solution is necessary amid a “fruitless” debate on gun policy in the US.

The announcement, however, earned a stern rebuke from the company’s own ethics board.

Nearly 30 school shootings have taken place in the US this year.

Axon – formerly known as Taser International – said that it has formally begun developing a miniature, lightweight Taser that can be deployed on a drone or robot, as well as “targeting algorithms” to assist operators to aim the device safely.

According to Axon, all use-of-force decisions will be made by an authenticated and authorised human operator “who has agreed to take on legal and moral responsibility for any action that takes place”.

The announcement Thursday came amid a renewed debate over gun control following the 24 May shooting of 21 people at an elementary school in Uvalde, Texas.

Axon’s founder and chief executive Rick Smith – a father of 12-year-olds twins – told the BBC that he decided to go public with the project after last week’s events in Texas.

“Politicians in the US have not been effective in dealing with this,” he said, adding that suggestions that teachers be armed are “a very risky thing to do that will lead to more accidents than solutions”.

However, after considering a limited pilot of the project a year ago – which was only to be used by police – the company’s own Artificial Intelligence ethics advisory board voted against the idea moving forward.

In its own statement, the ethics board said that Axon’s announcement asserting that civilian-operated drones and robots could be deployed to schools has given it “considerable pause”.

“Reasonable minds can differ on the merits of police-controlled Taser-equipped drones – our own board disagreed internally – but we unanimously are concerned with the process Axon has employed regarding this idea of drones in school classrooms,” the board said.

Mr Smith said that the question of who would operate the drones remains unanswered, with possibilities ranging from police departments, federal agencies or people at Axon itself.

One possibility could be that the drones would be flown with “encrypted keys” that are centrally managed and accessible only to authenticated users.

Despite the board’s statement, Mr Smith told BBC that a “proof-of-concept” model could be ready within a year, with field trials possible in two years, pending regulatory approvals.