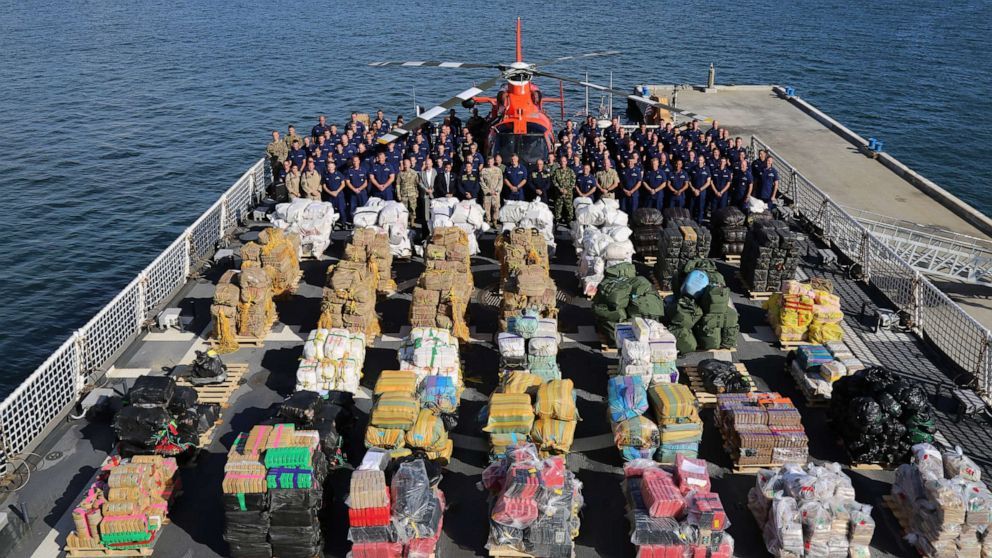 On Thursday 18th, the United States Coast Guard said  that  after a 71-day counter-drug patrol in the Caribbean Sea, its crew members seized a significant amount of drugs and apprehended several drug smugglers.

The US Coast Guard said these interdictions included the seizure of 980 kilograms of cocaine and 1,600 pounds of marijuana, estimating approximately US$40 million in value.

“I could not be more proud of the crew of Harriet Lane for their perseverance and operational success amid the continued pandemic,” said Cmdr. Dorothy Hernaez, commanding officer of the Harriet Lane. “The crew flawlessly executed COVID-19 mitigation protocols leading up to and during the deployment to remain healthy and operationally ready throughout.

“The success we had during this deployment would not have been possible without the continued support of our families and friends, who we are looking forward to seeing again upon our return to port,” she added.

Prior to returning home, the US Coast Guard said the Harriet Lane stopped in Port Everglades, Florida to transfer 17 suspected drug smugglers and US$206 million of illicit drugs to partner agencies for prosecution.

Rishi Maharaj: PM made decision on Al Rawi’s removal some time ago 0