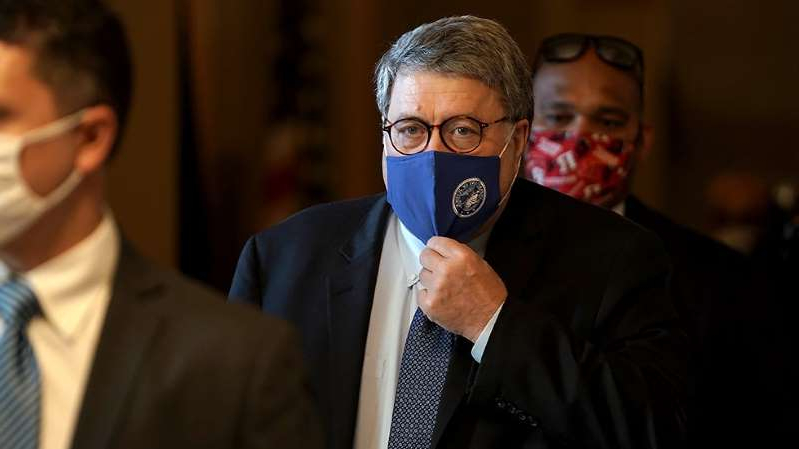 The United States Secretary of Justice, William Barr, entered the open battle to legalize the presidential election count in favour of Donald Trump, by issuing a careful memorandum in which he instructs federal prosecutors across the country  to investigate charges that are “clearly credible” and may affect the result.

Barr distances himself from the president’s conspiracy theories: the investigations, he points out, “can be carried out if there are clear and apparently credible accusations of irregularities that, if they are correct, could affect the outcome of the election in that state.” Even so, the mere disclosure of the letter, as a result of the president’s widespread and unfounded accusation, once again puts Barr’s independence on trial. A few hours later, Richard Pilger, responsible for the Justice Department’s electoral fraud division, resigned, according to the The New York Times.

Trump spent the entire campaign making unfounded accusations of fraud in the postal vote, which was massive in this 2020 marked by the pandemic. On the official voting day, November 3rd, as the poll seemed to give Democrat Joe Biden the advantage, the president decided to announce his own victory and promised a legal campaign to question any adverse results. On Saturday, when Biden was declared the winner by exceeding the 270 votes of the Electoral College, he refused to acknowledge the defeat. You haven’t done it yet.

Barr and Senate Republican leader Mitch McConnell in turn sought an intermediate position. They did not recognize Biden as president or discredit Trump’s accusations, but neither did they set out to back them up. “The president has a 100% right to examine allegations of wrongdoing and study his legal options,” said McConnell. “In the United States, all legal votes must be counted, any illegal vote must not be counted, the process must be transparent and observable for all, and the courts are there to resolve doubts,” he added, pointing out an obviousness that serves to assume Trump’s accusatory language: “Legal votes” versus “illegal votes”.

McConnel and Barr met on Monday afternoon at the Capitol just before the senator’s statements and the secretary of justice’s memo. In it, Barr also warns that charges that “clearly do not impact the result at the national level” should be postponed until after electoral certification. States have until December 8th to resolve disputes, and members of the Electoral College meet on December 14th to complete formally electing the new president. The lower courts, for the time being, are taking down most of the lawsuits filed in the first instance, although Trump prepares many others, basically aimed at all the pendulum states that give him

Chinese woman raped inside of her apartment 0