Update on Government Minister detained by the TTPS

In a late breaking development moments ago, the Police Service says officers have been investigating alleged corruption offences, and have arrested and taken into custody, Government Minister Marlene McDonald and her husband for questioning.

In a statement issues in the last 15 minutes, the duo was said to have been detained earlier today, Thursday, August 8, 2019.

Enquiries are ongoing at this time and more information will be provided when it becomes available, it said. 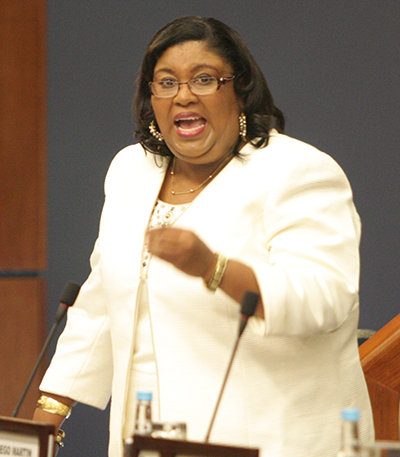 And in her own statement on the matter, Minister of Communications Donna Cox, said she wished to confirm that a search warrant was executed at the minister’s home this morning.

Meanwhile, Newspower Now has learned from sources, that there has been no Cabinet meeting today, and as such there is to be no post-Cabinet news conference as might have been expected.