The bandit who was shot but escaped capture during a shootout with a retired police superintendent yesterday in San Fernando has been caught. 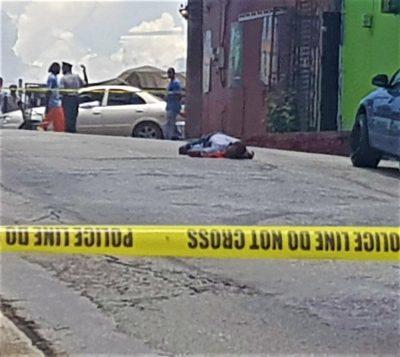 Dead suspect on the scene in San Fernando

The man was one of three bandits who stormed Marshall’s Ko­rner bar at the corner of Sut­ton and Cipero Streets in San Fer­nan­do around 11:00am yesterday morning. Reports indicate that two Ma­yaro men were having drinks at the bar when the armed bandits confronted them. They relieved the patrons of their cell phone and a gold chain. One of the bandits fired a shot before the retired superintendent drew his firearm and shot at the bandits several times. One of the men died at the scene and the other was caught by police soon after. The bandit who was injured but escaped was caught sometime between last night and this morning. 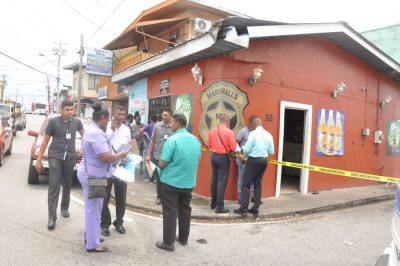 Seven bullet casings were recovered on the scene. The robbery caused a traffic pileup in the busy part of San Fernando yesterday. But witnesses praised the retired superintendent’s bravery for defending the patrons at the bar.