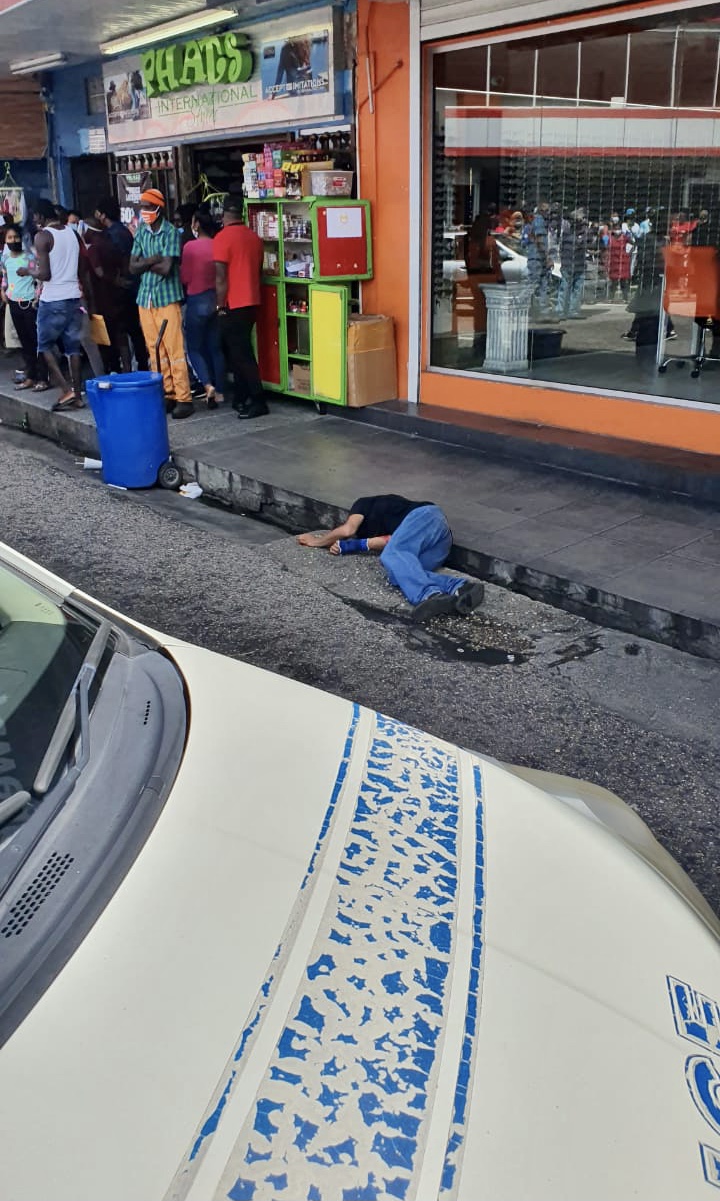 The man who was killed by police in Princes Town on Friday has been identified as fifty-three-year old Manuel Olivere.

Reports indicate that Olivere, who was a street dweller, was fighting with another man along Cacique Street.

Police officers responded to the scene and tried to separate the two men, but Olivere got into an altercation with one of the police constables.

The constable discharged one round from his pistol in accordance with the Use of Force policy, but it struck Olivere in the chest.

He fell in a drain along the street.

Police took him to the Princes Town District Health facility where he was pronounced dead.

Sources say Olivere’s right hand was in a cast.

The injured officer was also treated for injuries.

Police are continuing the investigation.