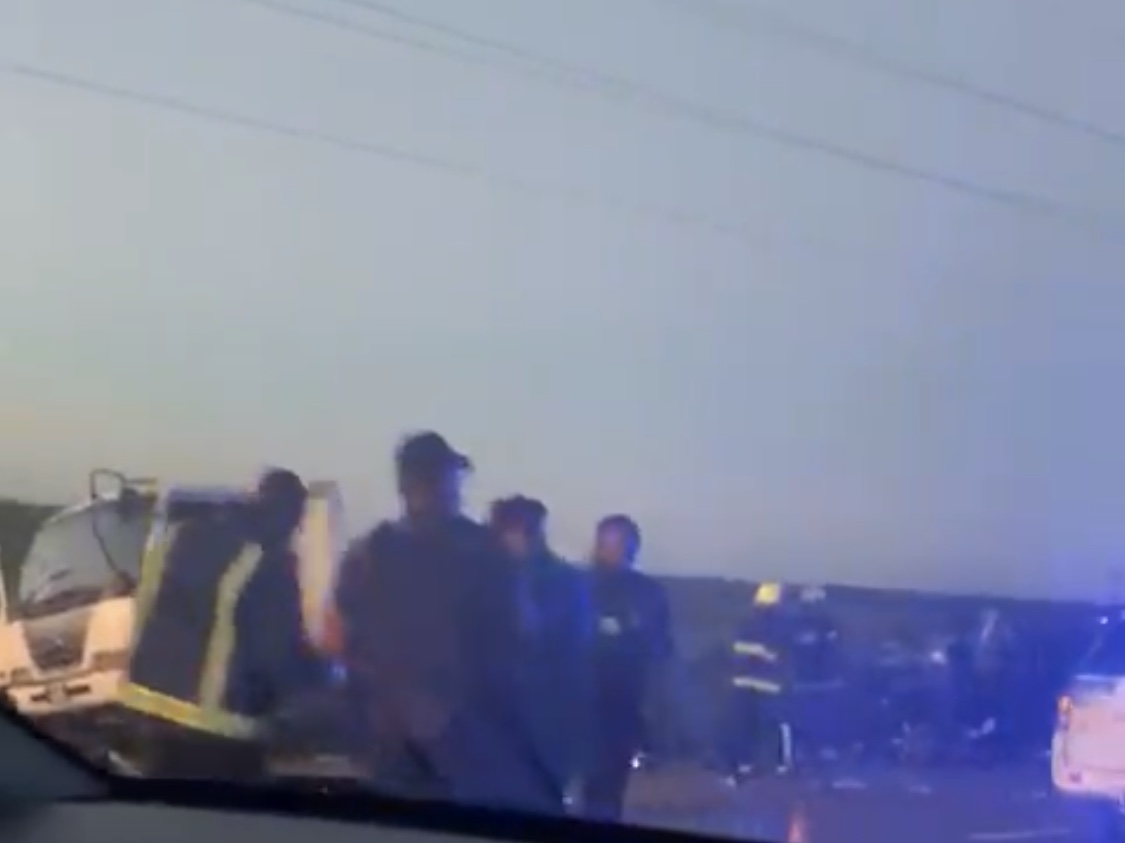 One woman is dead and at least three other have been seriously injured after the accident on the Beetham Highway yesterday morning. The accident caused a massive traffic jam heading into Port of Spain in the morning rush hour.

Police and Fire officers reported that at around 4.20 am a woman driving a Nissan X-Trail tried to overtake a dump truck but collided with it injuring four people.
Police and ambulance were called to the scene.

When emergency services arrived, three of the injured passengers were already outside their vehicles. The fourth had to be removed from the wreckage.