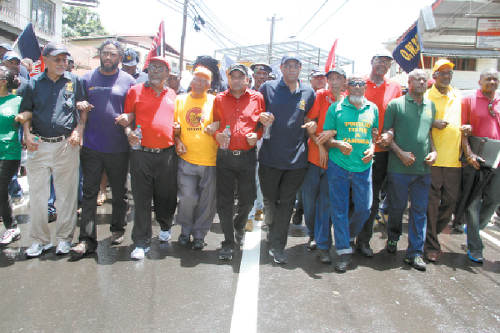 Labour leaders say they will march through the streets of Port-of-Spain on Friday, as they prepare to protest against the Government’s continued four per cent offer to public sector workers.

The march will also be in solidarity with Water and Sewerage Authority (WASA) workers, with the company scheduled to undergo restructuring.

The unions are expected to assemble on the Brian Lara Promenade in Port-of-Spain with more than 10,000 persons expected to take part in the march.

Man arrested after allegedly raping girl, 13, he met through Snapchat

Man arrested after allegedly raping girl, 13, he met through Snapchat 0

PAHO Director: “We are not acting like a region in the midst of a worsening outbreak” 0