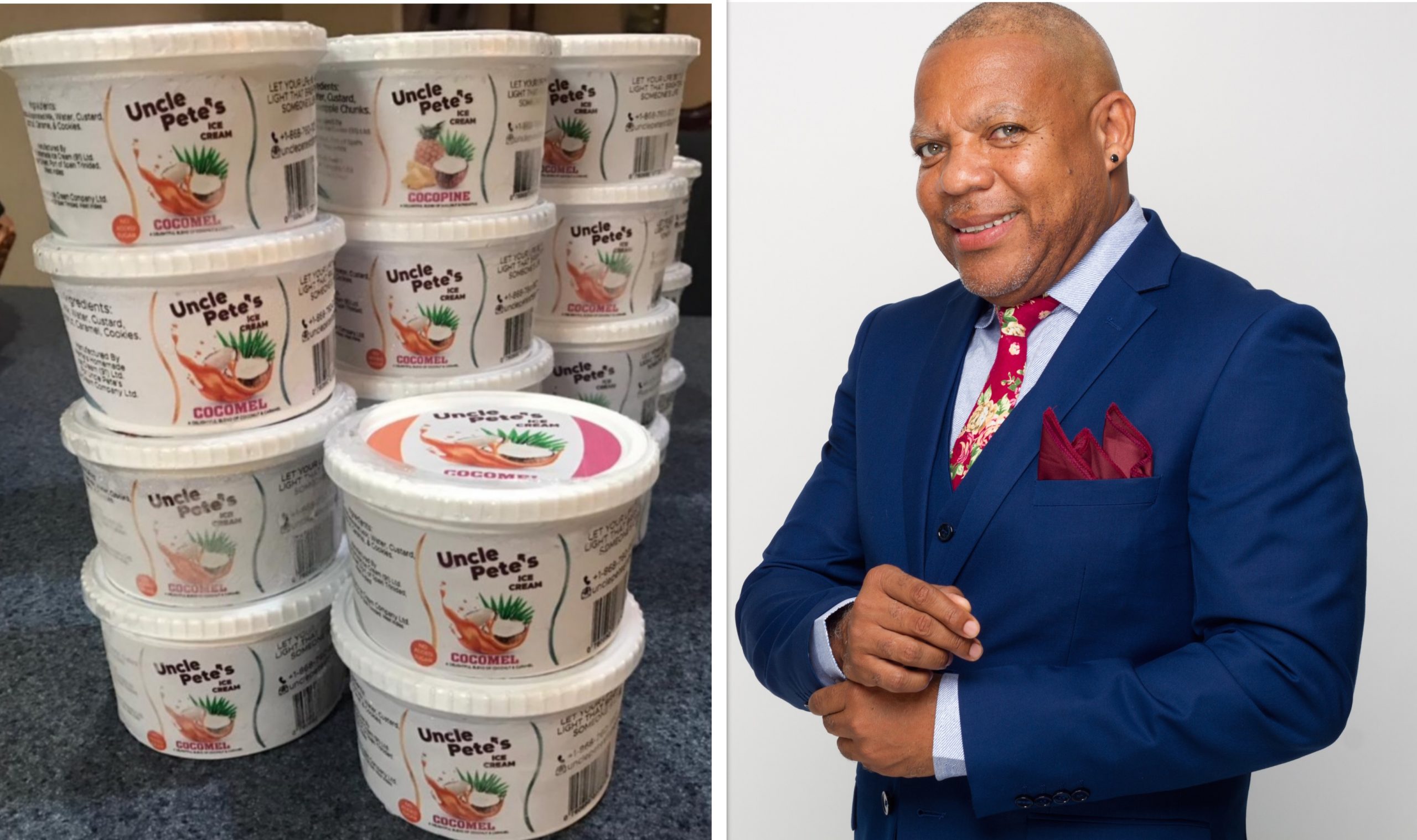 Ice cream is one of those feel good treats that is great for any occasion.
In fact some would call it their guilty pleasure.

If you’re happy, eating ice cream is a great way to celebrate – after all, it’s a birthday party favorite!

If you’re sad, ice cream is a great way to perk up and feel better when you want to raise your spirits.

Oddly enough, it was during a period of poor spirits nationwide, that the product Uncle Pete’s Ice-Cream was created.

Born out of the mind of entertainer and television owner Peter C. Lewis, Uncle Pete’s Ice-Cream has been around for only five months. 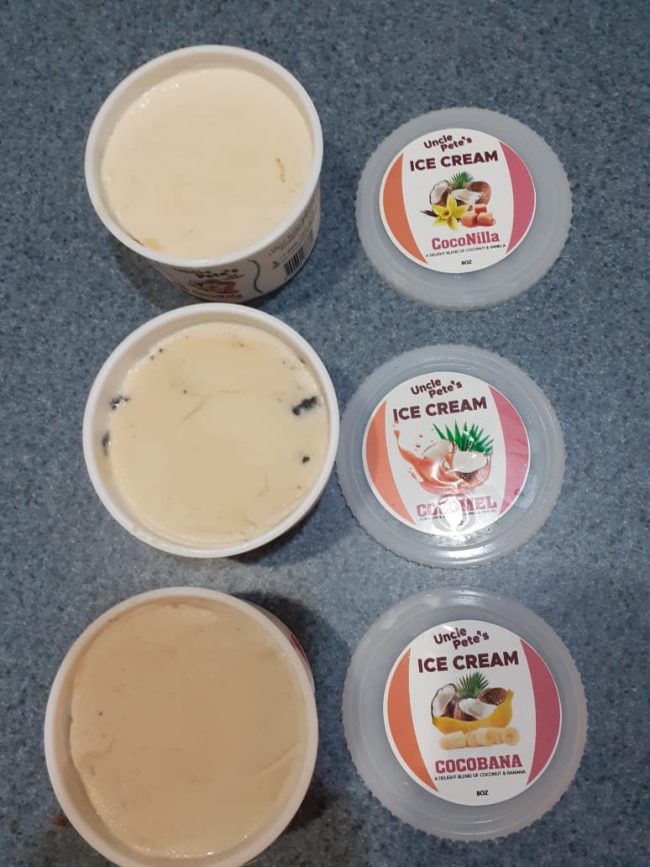 However, in that short space of time, it has been attracting the attention of ice-cream connoisseurs and several key retail outlets.

So, how did Peter C Lewis go from ‘tay-lay-laying’ to Synergy TV, WiSports and TTEN TV to Uncle Pete’s Ice-Cream?
Well according to him, it all began following one of the media briefings by Prime Minister Dr Keith Rowley.

Lewis said “I liked ice-cream all the time, but it was during the first lockdown, when the Prime Minister spoke about our food bill being so high and there would have to be a change to the importation of luxury items, that the idea became cemented in my head.”

“I started to take it a little serious and spoke to my close friend and now business partner Aleezah Rose about it.”

“One day we visited Mama’s Ice-Cream in Port of Spain and while savouring the flavours, we started to have more in-depth discussions about it.” 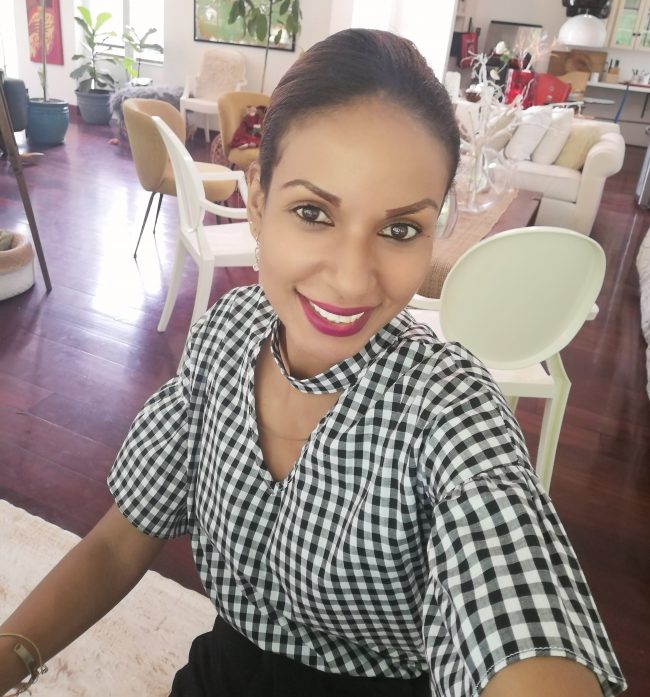 Rose, however, said when Peter came with the idea, she felt it was just another one of his wild ideas.
“But, it was only when he started asking more questions, and doing research in terms of manufacturing, retailers, and went through the process of finding a supplier on his own that I realized that maybe, he’s on to something.”

She said Peter then came to her with a sample “but it wasn’t what we thought it should be.”
They held focus groups and got samples from suppliers, but these did not work.

Then, they decided to return to Mama’s to do some more tasting and found that Mama’s according to Rose, had the formula to make it work.

Lewis reached out to Mama’s and the relationship started there, with the first Uncle Pete’s ice-cream flavour being CocoPine. 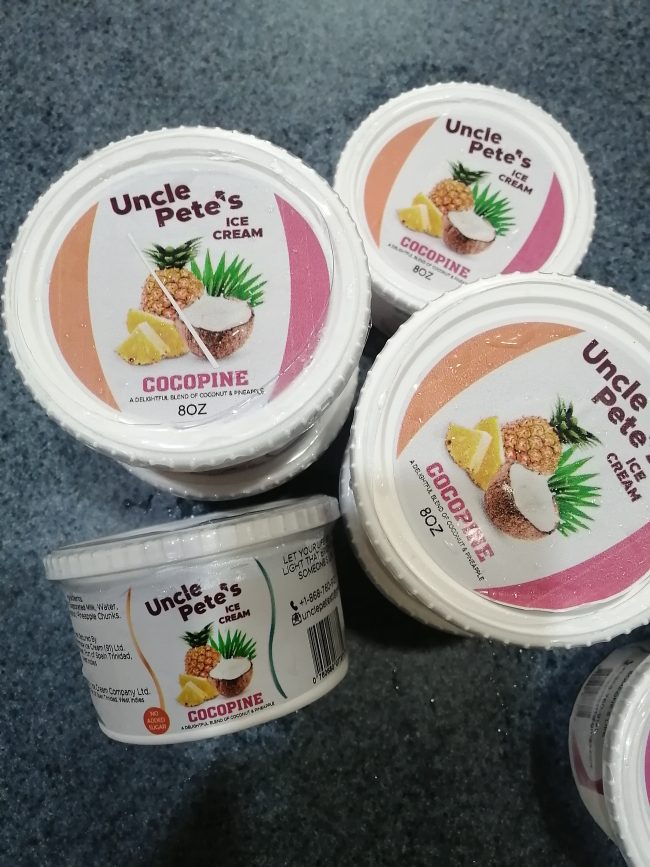 Lewis said “After they made the samples, we realized we made the right choice, as they had the taste we felt that was the right fit for us and then we went on to do CocoMel (coconut and caramel); CocoBana (coconut and banana); and CocoNilla, (coconut and vanilla).

According to Rose, “We would decide what we want our flavours to be and take the formula to Mama’s and they would advise on how it should be mixed, what would work and what wouldn’t.” “It is a partnership.”

After the creation, time came for distribution and Lewis, being the free spirit that he is, approached the owners of Super Savers in Curepe and boldly asked if they would be willing to sell his new product.

Lewis said “I frequent that grocery all the time and when I approached them they were very willing to support me.”

From there he approached J&B supermarket and soon after, began receiving repeat orders. 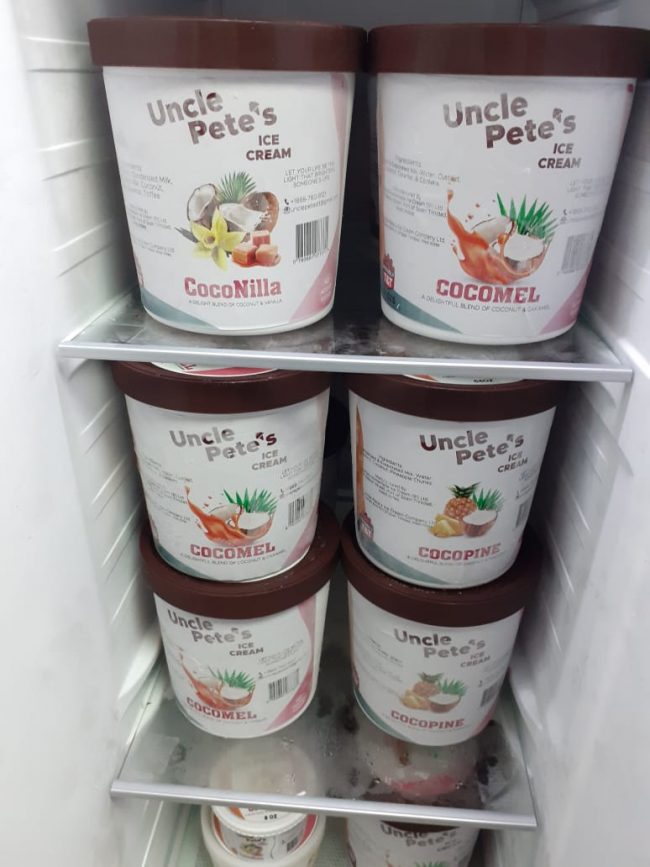 This, Rose said, was the instant in which she realized the seriousness of what they had gotten themselves into and decided to throw herself all into it.

Now, Uncle Pete’s is in 28 locations across the country, from the neighborhood shops to high-end establishments like Peppercorns and Starlite.

Rose said “It sounds like a lot, but it is just a drop in the bucket of what is actually out there.”

She said they are now in discussion with NP Quick Shoppe’s and a few other stores.

Lewis said “We want Uncle Pete’s to be a household name, and for it be a main option for the people.”

As a matter of fact, he said his dream is to see Uncle Pete’s being offered in the United States, especially at the Disney locations.

Lewis revealed that his two sons also play a big part in this new endeavour. So much so that the name Uncle Pete’s was born out of his son’s friends always calling him Uncle Pete. They have also contributed to the flavours and shared their thoughts and what combinations they would like to see mixed together.

But what set’s Uncle Pete’s ice-cream apart from the many on the market right now? 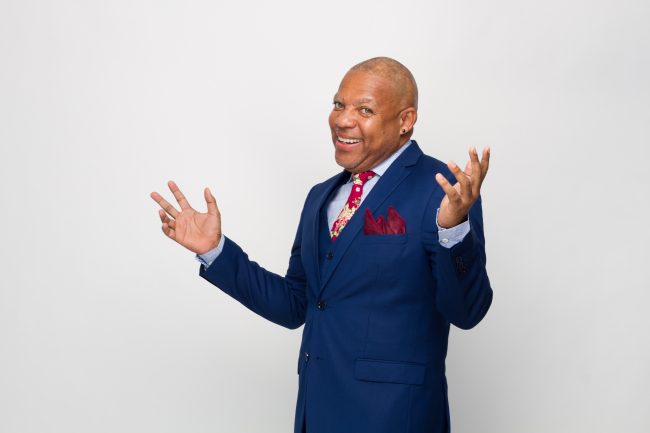 Lewis said “It’s the uniqueness of it, in the sense that these are flavours that have been around, but the combination of the flavours and the things that we put in it and the names, as we tried to make the names as original as possible. These are the things that will catch customers.”

Lewis and Rose said making ice-cream is no easy feat, “it entails a lot of work and we are doing this without staff. There’s labelling, packaging, mixing, deliveries, you name it and we have been doing the bulk of these things on our own.”

They hope to diversify soon into lollies, and ice-cream bars.

Currently, Rose has even created a “Treat-Yourself-Box’ which features all the flavours of Uncle Pete’s ice-cream thus far, as well as a few trinkets.
The box is available by order only via Facebook and Instagram.
https://www.instagram.com/uncle_petes_icecream/https://www.facebook.com/unclepetesicecream 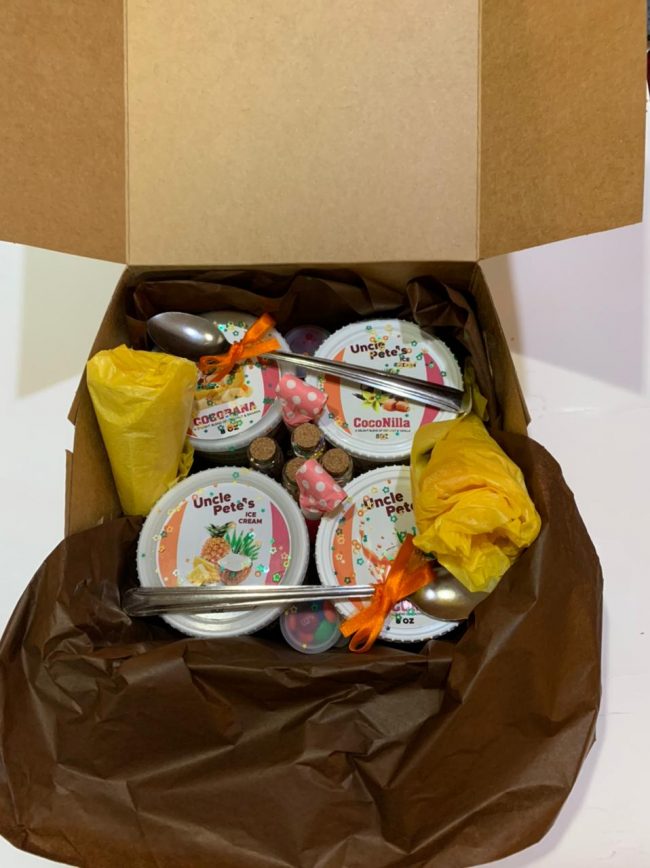 As someone who has taken the risk with business, we asked Lewis to give to anyone considering launching a business during these uncertain times.

Lewis said just do it.

He said he has received a lot of support so far and wouldn’t have been able to without the assistance of Oracle Printery, Barbara-Ann Look Loy, Elizabeth Montano, Rose and the people at his church Jesus Elam Revival Assembly, who are some of the biggest customers of Uncle Pete’s ice-cream.

Tobago’s coral reef at risk due to coral bleaching 0