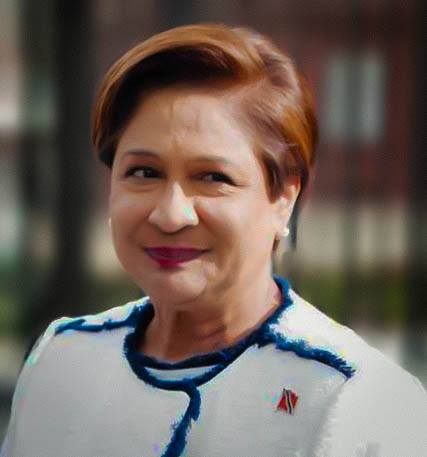 UNC: We are not against Blue Waters, but against Stuart Young

National Security Minister Stuart Young continues to show a lack of care or concern for the thousands of citizens abandoned abroad who wish to come home.

In a social media post, she said Young doubled-down on his granting of exemptions to 39 foreigners to enter T&T, trying to dismiss concerns, saying it is in the interest of helping the manufacturing sector.

She said “We have no issue with persons getting exemptions, but our concern is for the thousands of nationals who remain exiled abroad.
We are not against Blue Waters, we are against Stuart Young’s arbitrary, unlawful, and discriminatory process as it remains one shrouded in confusion, chaos, and uncertainty, leaving our nationals feeling hopeless.”

Persad-Bissessar said Young tried to deflect from the issue that the Government’s flawed exemption policy has resulted in citizens left waiting for over 10 months in some cases, begging to return to the place of their birth.
“The mere fact that it is left entirely up to him as Minister to determine who enters their own nation or not, is a major reason why we in the UNC are against the current exemption policy. It is discriminatory, arbitrary, and unlawful.”

“It is shameful that this Government is defending diplomats and foreign workers for the business sector yet cannot comprehend nor have compassion for the grave repercussions this is having on families, parents as well as children.

She said “The Government’s policies must be about everyone, not just a selected few.
Why can’t our nationals be automatically exempted once they follow proper criteria including testing and mandatory quarantine?

“Instead of considering this option, Minister Young proceeded to create an online form, which did not fix the problem, as thousands now must reapply.
Enough is enough. Stuart Young – stop playing politics and let our citizens come home.”