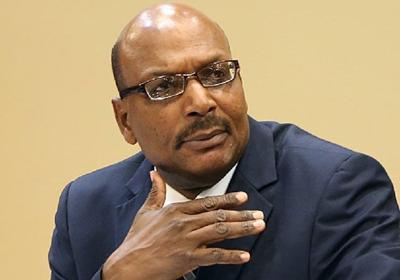 Opposition Senator Wade Mark said the time has come for the police to intervene in the matter of the floating restaurant, the MV Ocean Pelican.

During a virtual media conference on Friday, Mark questioned the circumstances under which Finance Minister Colm Imbert granted businessman Adrian Scoon a special restaurant license for the Ocean Pelican.

He is now calling on the acting Commissioner of Police to probe the circumstances surrounding the vessel becoming a floating restaurant by questioning the Finance Minister, the Health Minister, the Attorney General, and the Minister of Trade and Industry.

Mark said a letter issued by the Health Ministry on December 28, in response to a letter from Scoon on December 26, gave permission for the vessel to be used as a floating restaurant. The letter, which was shared with the media, gives the regulations under which safe zones operated. The last two paragraphs of the letter say,

“In this regard, please note that any business, including a restaurant located on a boat that wishes to operate as a safe zone may do so provided that the legal requirements of Regulation 8 of the Regulations are satisfied.

“Further, please note that the Minister of Health has no jurisdiction in this matter and enforcement of the Regulations lies within the jurisdiction of the Trinidad and Tobago Police Service. Please be guided accordingly.”