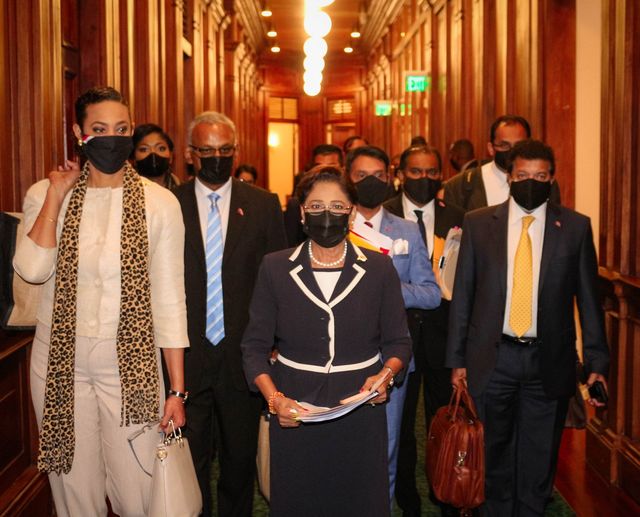 The United National Congress has slammed the Speaker of the House Bridgid Annissette-George for her non response to their letter last week, asking about the safety protocols to protect members of Parliament and staff in the light of the Prime Minister’s testing positive for Covid-19.

In a statement today, the UNC asked why the Speaker of the House has not yet even acknowledged or answered the letter of 7 April sent by Chief Whip, David Lee.
“While some have foolishly blamed the Opposition for not doing the “people’s business” in Parliament, they have neglected the fact that Speaker has not done her business by simply responding to the Opposition’s urgent letter.”

According to the UNC, “This is contempt of the highest order. Does the Speaker feel no need to respond to the Parliamentary Opposition?
The Opposition has been forced to absent itself from Parliament on three occasions so far, holding media briefings, raising concerns, and yet there has not been even an acknowledgement from the Speaker of the House?”

The statement further went on: “We are in an information blackout. Yet after the Prime Minister contracted covid, ordinary citizens must lock down further. Businesses must close down. Workers must lose their jobs and their incomes. In Tobago, it has been estimated that 65 percent of restaurants may never reopen.
The country is paying a terrible price for Keith Rowley’s covid malpractice.”

The UNC also mentioned that “PNM big shot financiers allegedly held a wedding party with over 250 guests over the weekend. Yet there are no media reports, no names of attendees have been revealed, no one has been arrested.”