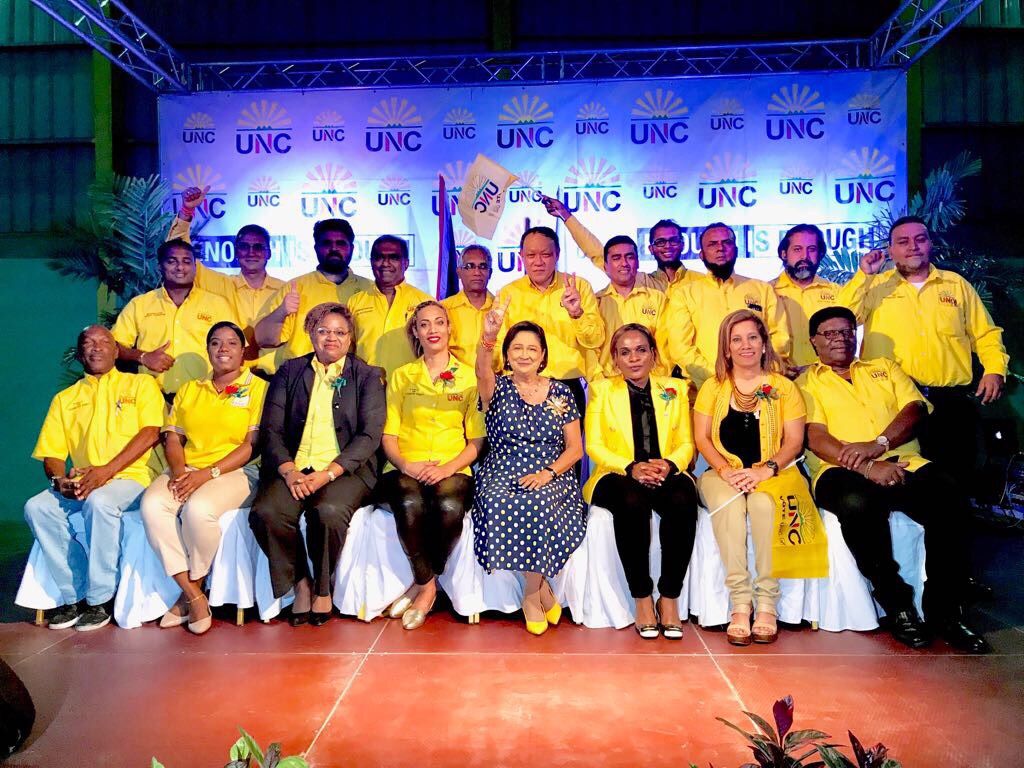 Following the report that the former Government, led by Kamla Persad-Bissessar, used data mining procedures to spy on citizens leading up to the 2015 general elections, the United National Congress (UNC) is calling the report nothing more than a distraction.

The UNC issued a press release this afternoon in response to the National Security Minister’s report stating, “the lengths to which senior members of this Keith Rowley administration will go to create a distraction is alarming.” The release adds that the Minister of National Security, Stuart Young, in the face of a rising murder rate and out of control crime plaguing the country, used a state press conference to read a story book. The release continues:

“We have reached a new low for what passes as governance in Trinidad and Tobago under the PNM. Young and Faris both lack any critical thinking skills and we must question whether they are fit to hold any public office. Neither of these high-level PNM operatives thought it fit to fact check Wylie? These members of the National Security Council should tell this country, at what point they reported Mr Wylie to the police for spying on Trinidad and Tobago. To date Mr Wylie has never clearly stated his role, and has not named a single person in Trinidad with whom he was working or liaising, not provided a shred of evidence,no report that he wrote for his alleged employers in Trinidad.”

The UNC is asking the government to produce proof that Wylie was contracted or issued a cheque for services that they claimed he provided. The UNC claims the Attorney General and Minister of National Security both “watched a show on Netflix and read a book and then came to the people of Trinidad and Tobago and to claim they have “evidence”.”

The UNC claims that in the absence of a plan to move our country forward, and reeling from the anger of citizens as a result of their failure and incompetence, the PNM is desperate to deflect attention from this, and is pressing forward with its far-fetched tale, expecting people to believe their soap opera.

The UNC is unequivocally denying that any of these Cambridge Analytica stories are true. The Party will now look at our legal options against all persons involved in spreading this defamatory misinformation.

Loading...
Newer Post
Firearms expert : AR 15 Rifle is not a weapon you want on your streets
Older Post
Ambush in Diego Martin claims the life of one